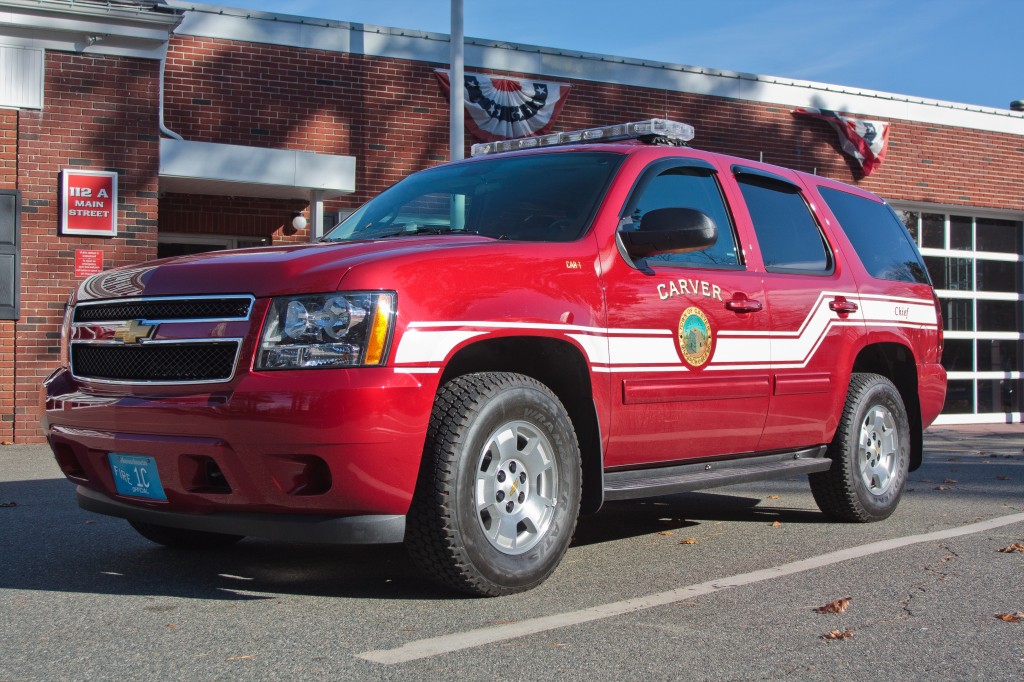 New Carver Car 1, assigned to Chief Weston, is a 2014 Chevy Tahoe 4 X 4 Command vehicle, is now fully in-service.  Many hours of hard work have gone into the design and installation of our newest 2014 Chevy Tahoe Command Vehicle.

This vehicle was designed to serve our Department for at least ten years. Our original 2004 Command Car 1 has been re-assigned to Caver EMS to serve as a reserve vehicle. 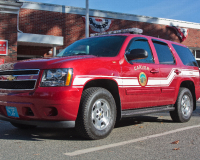 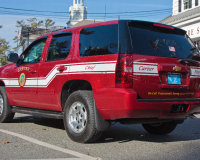 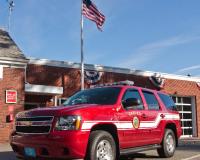 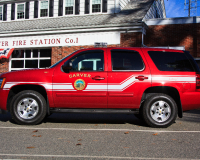 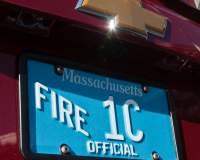 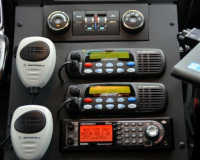 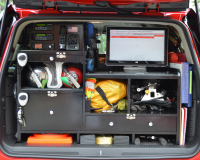 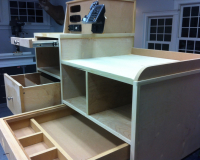