Company’s 1, 2, and 3 again, respond to a reported structure fire in the Bunny’s Road area of Carver.  First on scene, Firefighter Tom Fitzgerald reported a fully involved camper fire, not a structure fire.  Engines 1 and 2 were brought into the extremely narrow scene, while Tanker 1, Rescue 1, and Breakers 27 and 29 staged and Engine 3 and Breaker 28 covered Central Fire Station.  Firefighters quickly knocked down the fire which was determined to be accidental.  Firefighters remained on scene for one hour performing overhaul. (Photo’s by Firefighter Peter Leopardi and Deputy Eric Germaine) 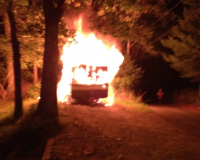 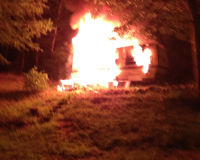 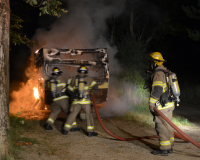 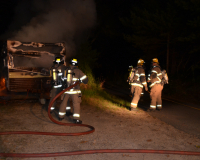 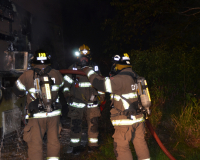 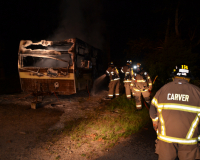 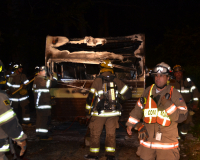 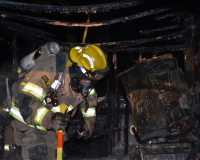 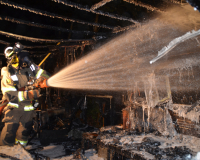