On Monday at 4:45 pm, Stations 1, 2 and 3 were dispatched to their second structure fire in as many days.  This structure fire was located at 40 Rochester Road.  First on scene was Deputy Eric Germaine who declared a working fire with heavy smoke showing from the 1 ½ story residential structure and all occupants were out of the building.  Engine 3’s crew, led by new Lieutenant Frank Nye, was the first engine company on scene within 4 ½ minutes, making an aggressive interior attack on the fire located in the kitchen and attic area.  Over 40 Fire Officers and Firefighters worked the incident, containing the fire to the kitchen and attic area.  Once the fire was declared knocked down, Firefighters quickly went into a salvage and overhaul operation trying to save as many of the homeowners belongings as possible.  Thanks to a quick response, with no occupants in the structure, Firefighters were able to immediately concentrate on fire suppression, thus saving the house and the homeowners precious belongings.  Firefighters spent about 2 ½ hours on scene assisting the homeowners with removing mementos and checking for hot spots. No mutual aid fire apparatus was needed for Town coverage, as our Engine 4 and Breaker 29 covered our central station.  No injuries were reported to any occupants or Firefighters. This is the second significant structure fire in Carver in the last two days.  Fire incidents are a very stressful event for the families involved.  In Carver, we teach our Firefighters to respect everyone’s home as if it were their own and treat the people we help like our own family.  I feel that our Officers and Firefighters performed valiantly over the last few days, working in some very hazardous and stressful environments, making true saves of residents personal property.  This is why your Firefighters train, train, and train some more, for every emergency incident is different. (Photo’s by Rob Reardon – All Companies Working Fire Photography) 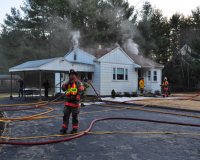 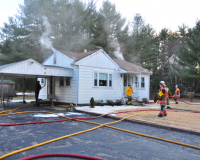 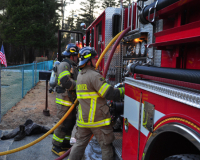 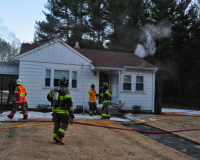 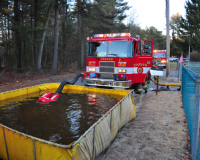 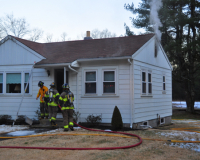 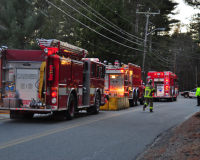 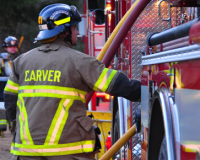 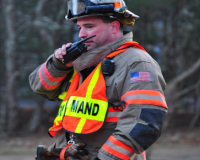 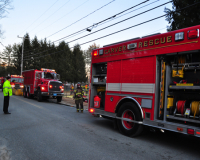 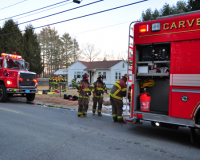 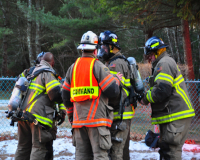 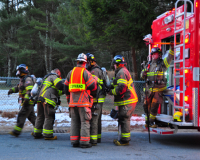 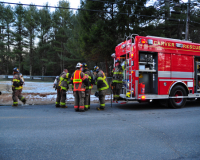