Engine 3, Engine 4, Tanker 1, Rescue 1 and C1 responded to an inside smoke investigation on Flax Pond Drive. Upon arrival Engine 3 reported nothing showing, but the response was quickly upgraded to a structure fire as soon as the front door was opened. Crews operating in heavy smoke conditions crawled through a first floor hallway and advanced an attack line down the stairs in to the basement where they discovered fire exiting a dryer, burning up the wall and along the ceiling. The fire was quickly knocked down and the home was ventilated using a positive pressure fan. Chief Weston was in command at the scene. Plymouth County Control dispatched a Plympton Engine to cover Carver Station 1, since at the time Carver had 2 Engines assisting the Plymouth Fire Department with a structure fire on Gould Road. (Photo’s by Duxbury Firefighter Matt Gaskins) 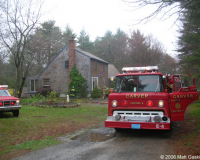 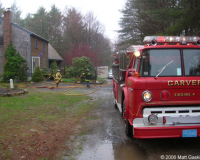 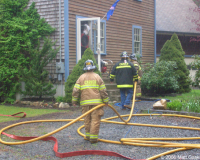 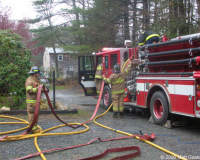 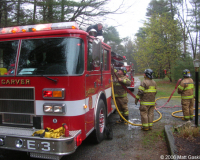 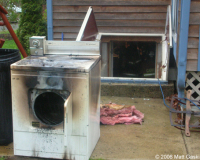 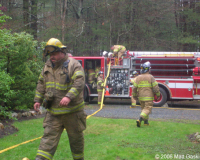 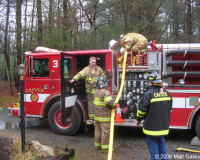