All 3 Company’s responded to a late afternoon building fire on Rogers Street. No one was home at the time and the fire was reported by a neighbor. First arriving units reported smoke showing and a working fire was declared shortly after that. Crews attacked the fire from the front and pushed the fire out the rear door. Tanker 1 and Brushbreaker 28 shuttled water from a drafting / fill site established by Engine 2 a half mile away. (Photo’s by Firefighter Steve Falconer) 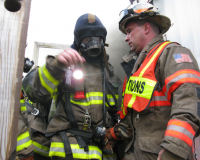 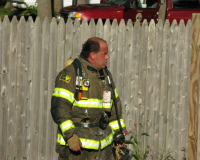 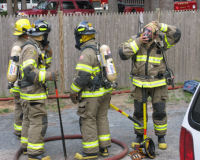 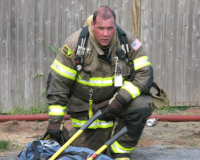 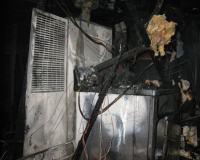 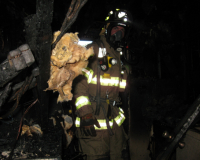