In the early evening, Police, Fire and EMS were notified of a motor vehicle accident in the Plymouth Street area.  The vehicle was described as being overturned in the water with a person still inside.  Carver Firefighter Adam Johnson, who owns cranberry bogs in that area, was first on scene and while assisted by two other gentlemen, dove into the water and helped remove the unconscious driver through a submerged window.  The individual was brought to shore, however, he was not breathing, but did have a pulse.  Firefighter Adam Johnson immediately gave a series of rescue breaths and the individual responded by starting to breathe on his own.  As Police, EMS and Fire apparatus and personnel arrived, the individual was now conscious and responsive.  Firefighters remained on scene setting up oil containment booms and assisting with the recovery of the vehicle.  The accident is under investigation by Carver Police.  We can’t say enough of how proud we are of our entire Department, particularly the heroic efforts of Firefighter Adam Johnson.  Adam utilized his Fire Department Training and Firefighter skills to save a life.  This is an excellent example of the life saving capabilities we are privileged to have in Carver by having a well trained Police, EMS and Fire Department of 75 Officers and Firefighters that all live and/or work within our Town. (Photo’s by Firefighter Steve Falconer) 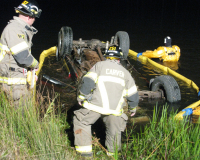 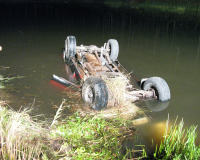 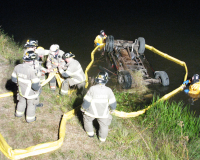 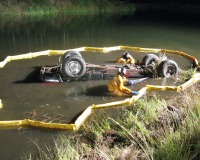 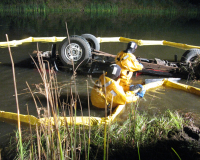 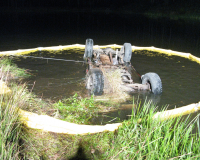 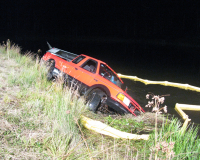 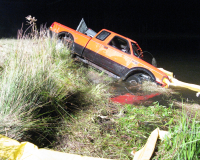 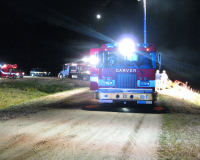 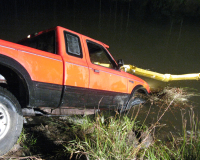 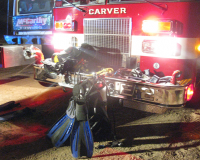