Firefighters were dispatched to a reported Structure Fire on West Street near the center of Town.  On arrival, heavy smoke was coming from the chimney and a light smoke condition was reported coming from the attic area of a wood frame residence.  Once Firefighters got inside the structure, it was apparent that crews were dealing with a Chimney Fire.  The fire appeared to be contained to the chimney, but was putting a fair amount of smoke through the mortar cracks in the chimney lining and through the interior  walls and floor boards of the house.  Firefighters gently removed some wall boards confirming that no extension had occurred, while firefighters on the roof and basement extinguished the actual Chimney Fire.  The homeowners were back in the residence once Firefighters cleared the scene.  (Photo’s by Retired Fire Chief, Bill Harriman) 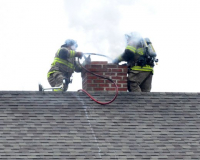 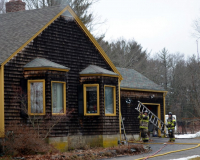 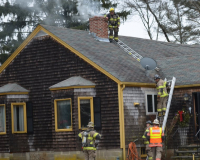 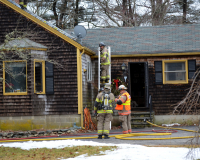 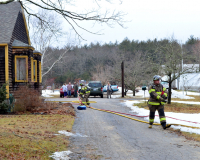 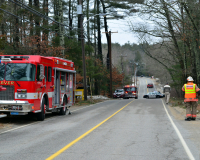 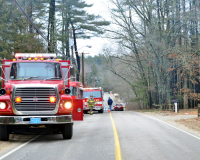