Our Fire Officer core worked together to create a combined Company 1 and 2 MVA Entrapment Drill this past Sunday.  The main training topic was Motor Vehicle Accidents involving people trapped.  Having to train a large group of firefighters is no easy task, so the drill was divided up into four training stations.  There were two MVA stations where Firefighters used Jaws of Life Tools to systematically remove the doors, windows and roofs of two separate vehicles, freeing manikin occupants that were inside.  Another vehicle station was close by, allowing firefighters to practiced setting up our Rescue Jack Stabilization System used to stabilize a crashed vehicle that has be rolled onto its side or is very unstable.  Another station included our Tanker, Breaker 27 and Engines 1 and 2.  Crews would practice dumping water from our Tanker and Breaker into our portable pools, then transfer that water from Engine 1 to an awaiting Engine 2.  Engine 2’s crew would then practice pump and roll techniques with the front master stream.  All our new Engines are equipped with a pump and roll feature that allows the them to start spraying water as they approach a hazardous scene.  This technique could be utilized at a plane crash, large pallet fire, dumpster or vehicle fire.  Great drill with a lot learned by all! (Photo’s by Assistant Deputy, Jesse Boyle) 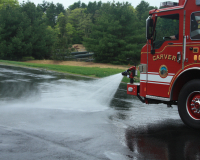 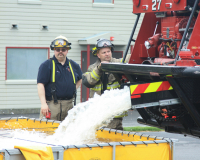 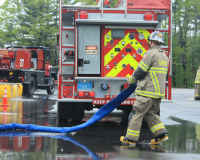 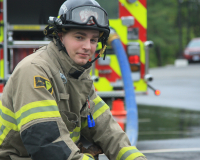 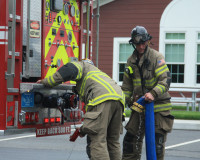 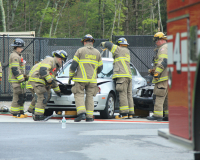 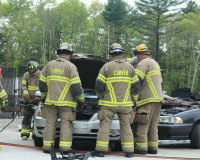 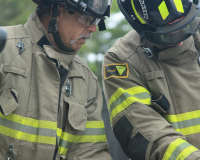 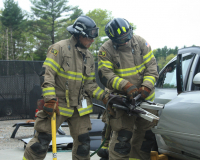 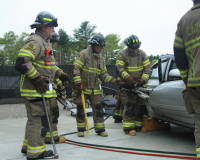 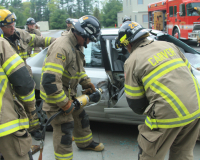 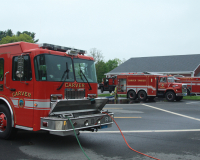 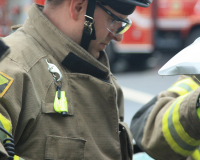 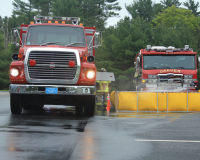 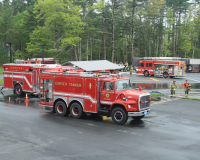 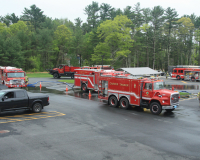 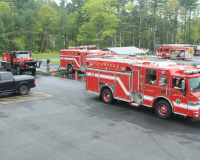 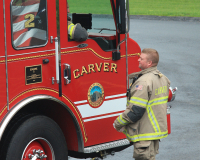