Fire Company’s 1 and 3, with Brush Breakers 27 and 28 responded to a Brush Fire in the area of the maintenance facility at South Meadow Village.  On arrival, C3 assumed command, reporting multiple large debris piles full involved.  A special request for an additional Breaker, Engine and Tanker were brought to the scene.  Park management brought in a backhoe to help separate the piles, allowing firefighters to extinguish hidden fires.  Firefighters were on-scene for about two hours with no injuries reported. (Photo’s by Deputy Eric Germane) 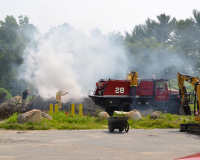 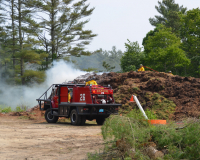 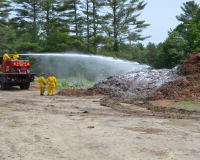 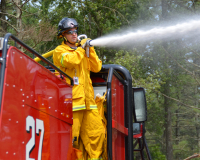 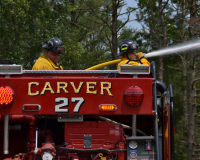 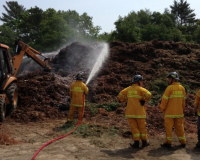 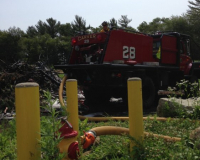 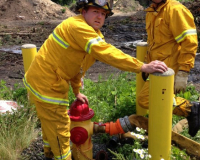 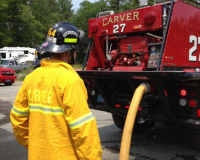 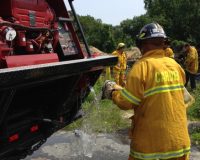 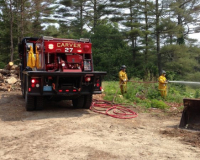