Company’s 1 and 2 responded to a severed gas main in the area of 96 North Main Street.  On arrival, high volumes of leaking gas was observed from a served meter with no way to shut off the gas.  Fire crews quickly secured power to the complex, while making sure all occupants had evacuated.  Engine 2’s crew prepared an attack line in the event of a fire, while crews from Engine 1, Rescue 1 and Tanker 1 established a water supply area, and metered the building for high explosive limits.  Eversource Gas was eventually able to locate a shutoff valve underground and secure the leak.  After all gas was vented from the building, the power was turned back on and customers allowed to return.  (Photo’s by Firefighter Steve Falconer) 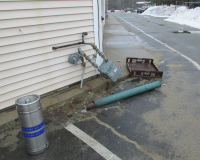 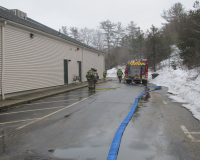 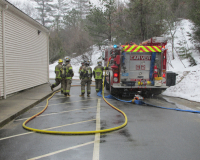 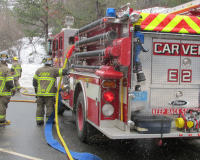 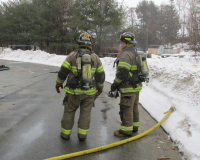 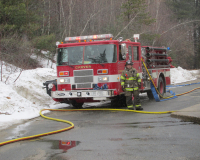 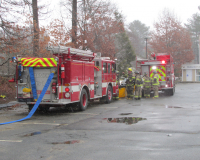 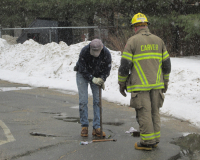