Firefighters worked a very stubborn fire at the COVANTA landfill in South Carver this past weekend.  First reported as a possible heavy equipment fire, turned out to be a 1/4 acre, very deep seated fire on the top of the landfill.  Access to the fire was very difficult, as the steep roadway was unfinished and blocked with large amounts of trash.  Firefighters had to carry in a supply line and attack fire hoses to extinguish the fire.  A large excavator and bulldozer were brought into the scene to dig out the deep seated fire that was burning about 2 feet into the trash debris.  Over 8,000 gallons of water was shuttled into the scene via Tanker 1, and Brush Breakers 26 and 27.  A water supply was establish at a nearby cranberry bog reservoir by crews from Engine 1 and Squad 1.  Fire crews from Company 2 with Engine 2 and Breaker 29 were moved into headquarters to cover the town and assist as more resources were needed.  Overall, about 35 CFD Firefighters and 9 pieces of Fire apparatus worked the several hour incident, with no injuries reported.  Crews did a great job holding the fire to a ¼ acre, during the high temperatures and approaching lightning storms.  (Photos by Deputy Germaine and Assistant Deputy Boyle) 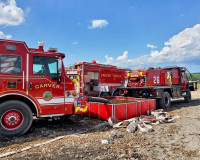 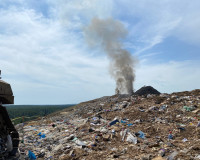 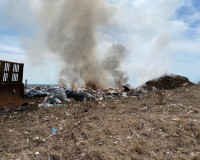 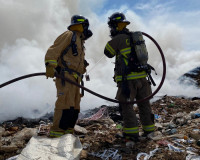 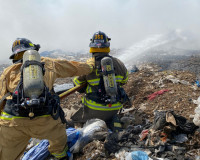 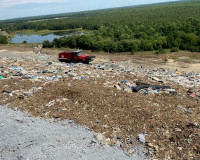 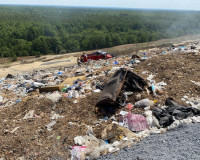 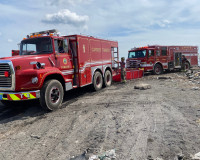 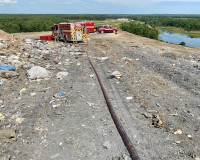 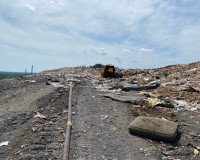 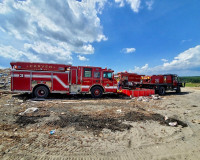 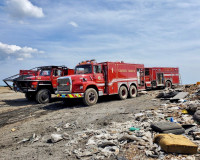 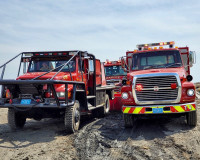 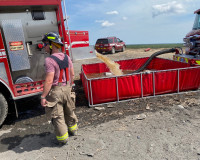 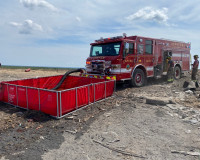 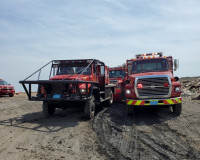 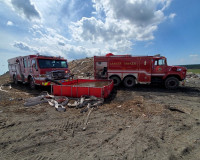 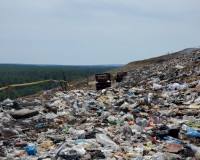 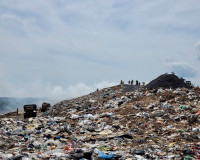 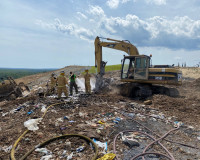 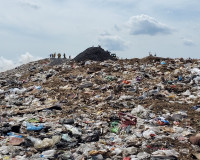 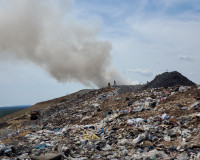 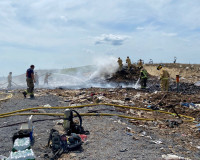 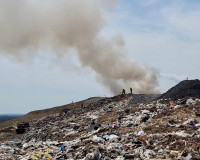 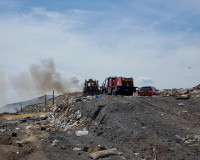 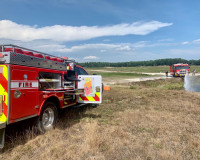 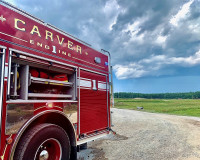 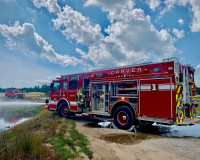 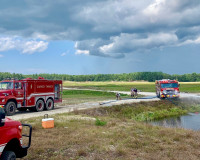 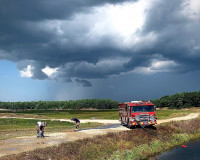