Plymouth County Fire Towers spotted a possible Brush Fire in the Federal Road/Hammond Street location of South Carver alerting our Fire Dispatch.  Fire Company’s 1 and 3 with Brush Breakers 27 and 28, Engine 3, Tanker 1 and Cars 1 and 3 responded on the initial alarm.  Once on scene, it was determined the fire was on top of the large landfill.   Over 50 Firefighters worked for several hours to extinguish the deep seated fire.  Mutual Aid tankers were called to assist from Wareham, Plympton and Middleboro shuttling over 30,000 gallons of water into the site in order for Firefighters to operate numerous hose lines trying to contain the spreading fire.  A heavy equipment loader, excavator and a bulldozer were operated on the Fire site in order to dig up the deep seat fire which had extend up to 6 feet in-depth and spread over a ½ acre.  Fire Company 2 covered our central station in the event of additional calls throughout the town.  Through the actions of quick detection by the Fire Towers and an aggressive attack by Firefighters a major fire and environmental impact averted. (Photo’s by Deputy Eric Germaine) 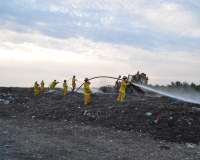 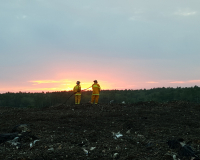 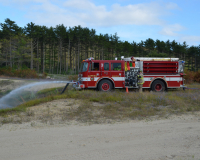 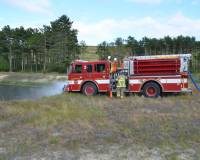 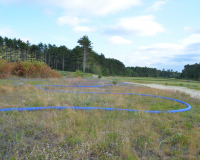 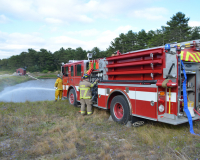 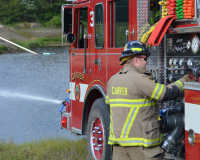 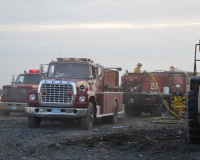 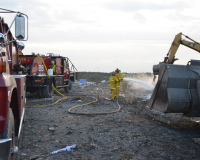 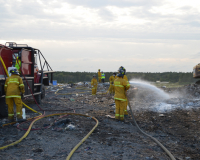 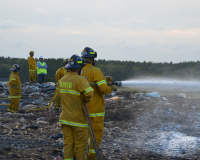 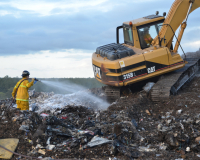 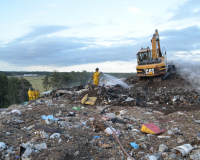 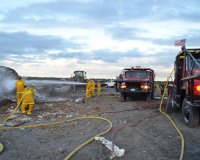 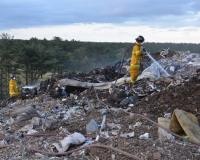 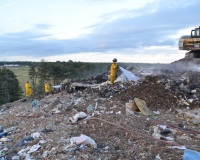 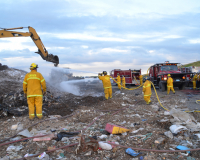 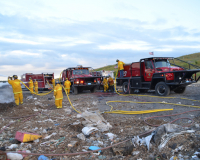 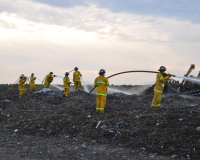 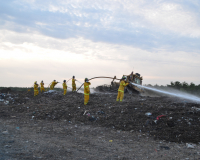 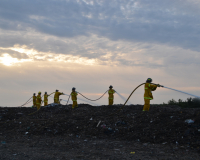