Company’s 1 and 2, with Engine 1, Engine 2, Rescue 1 and Breaker 29 were dispatched to an MVA with person trapped, near the Carver/Middleboro town line on Route 44.  Lieutenant Bill Froehlich assumed Command reporting one occupant trapped inside the vehicle.  Crews from Carver Engine 2 and a Middelboro Engine company manned a charged hose line and secured the vehicle, while crews from both Rescue 1, Engine 2 and Middleboro Fire used the Jaws of Life to remove the front windshield, and roll the vehicles dashboard to free the trapped driver.  Once removed, Carver EMS transported the patient to an awaiting Med Flight landing zone that had been establish at the Plympton/Carver Town Line (LZ #1).  Carver C3 assumed Command of the LZ, utilizing Engine 1 and Engine 4.  The patient was safely loaded on to a Med Flight Helicopter and flown to a Boston Hospital.  (Photo’s by Firefighters Mike Shaw and Steve Falconer) 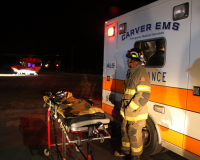 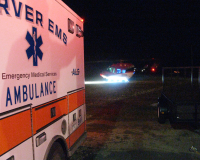 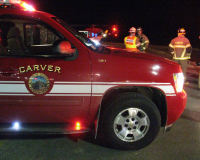 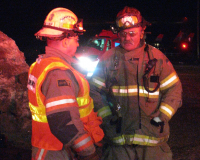 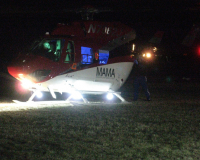 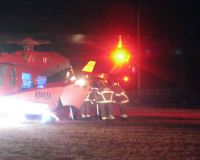 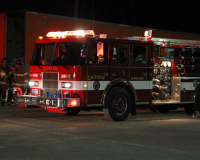 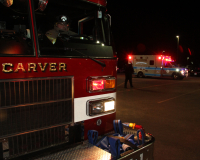 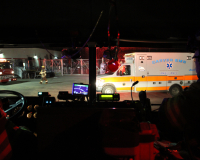