Police, Fire and EMS crews were extremely busy with multiple serious MVA’s on Route 44. Carver C2 along with Carver Police, Carver EMT’s and Paramedics went above and beyond attempting life-saving efforts to one critically injured person.  Fire crews from Engine 2, Breaker 29 and Rescue 1 worked the first 5-vehicle MVA, assisting Carver EMS and Carver Police. As a result of the crash, Carver Engine 1 established a Med Flight landing zone as the most critical patient was transported by helicopter to a Boston Hospital. As emergency crews were working the first crash, a second serious MVA occurred less than a half mile in the opposite direction, again on Route 44. Fire crews on Engine 4, Engine 1, and Rescue 1 assisted Carver EMS and Police. As crews were leaving the highway, a third vehicle incident was reported, but no rescue personnel was needed. Great job by all giving all patients involved the best chance. (Photo’s by Deputy Cheif, Eric Germaine) 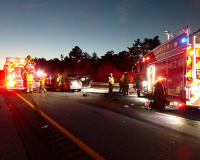 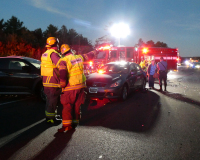 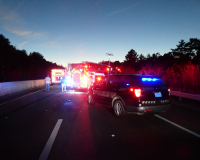 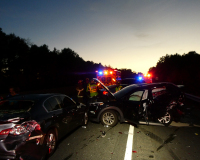 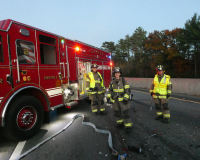 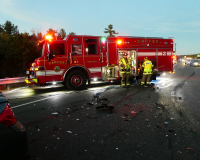 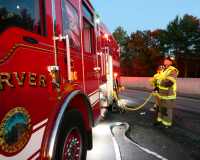 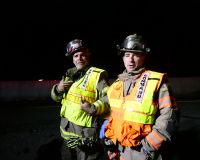 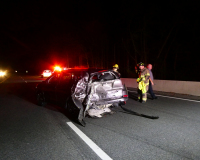 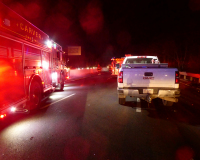