Company’s 1 and 3 were dispatched to a MVA rollover at the intersection of South Meadow and Main Street.  Engines 1 and 3 with Rescue 1 responded with reports from the scene that the driver had self-extricated, but the large trash truck was leaking fuel.  Firefighters worked to contain the hazards from entering storm drains and secure leaks from the large truck.  Engine 1 and crew remained on scene until the truck was upright.  (Photo’s by Assistant Deputy Chief, Jesse Boyle) 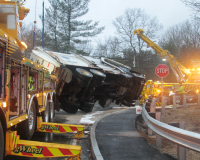 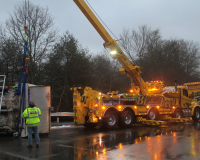 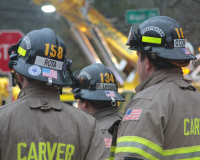 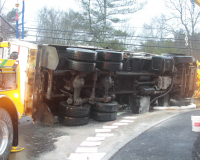 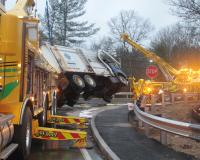 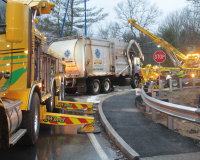 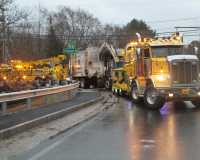 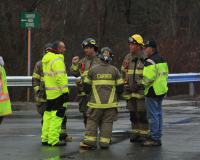 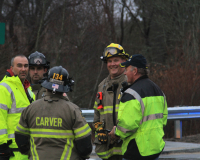 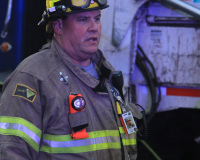