Fire Company’s 1 and 2 responded with Car 1, Car 2, Engine 1, Engine 2 and Rescue 1, to a serious motor vehicle accident in the area of High Street and Gate Street in North Carver.  On arrival, a single motor vehicle was discovered off the roadway, entangled around a large tree with one occupant (driver) injured and trapped inside the vehicle.  While Carver Police Officers and Carver EMS Personnel attended to patient care, Firefighters utilized specialized rescue equipment to extricate the driver.  Due to the extent of damage to the vehicle, it was determined that this could be a lengthy extrication process.  The Jaws of Life (cutters, spreaders and ram tools) were used to remove the roof off the vehicle.  Firefighters then used a winch device attached to the front of Rescue 1, to pull the vehicle away from an impacted large tree allowing access to the driver door.  Once the vehicle was free from the tree, Firefighters went back to work removing the driver’s door and lifting the dashboard off the vehicle, ultimately removing the driver from the vehicle.  While the injured driver was being removed and cared for, a Med-Flight landing zone was being secured by Carver Engine 1, but was later cancelled due to a high fog level in the area.  The patient was immediately transported to the hospital by Carver EMS.  All facets of Carvers Emergency Services were tested at this serious accident, with Police Officers arriving first giving immediate critical care, Firefighters working feverishly to free the trapped driver and Carver EMS personnel attending to the severely injured patient.  (Photo’s by Firefighter Mike Shaw and Firefighter Steve Falconer) 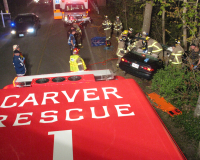 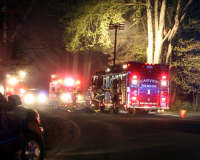 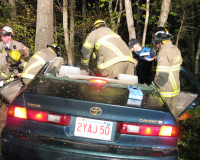 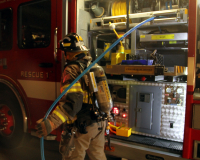 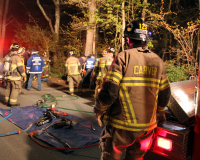 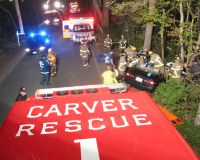 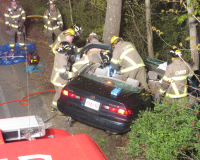 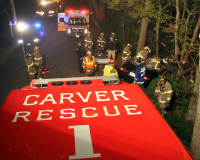 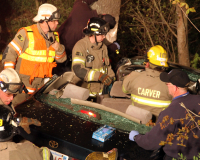 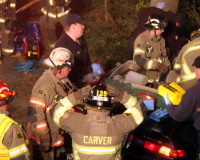 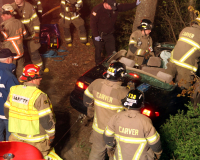 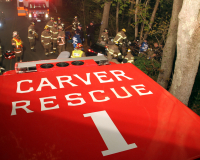 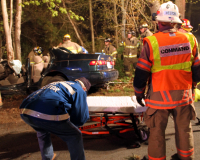 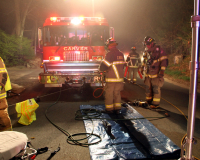 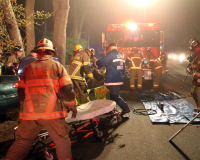 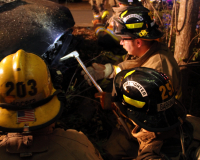 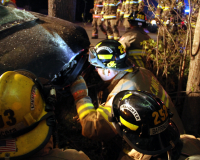 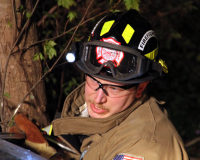 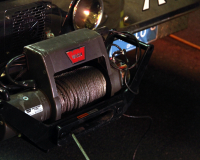 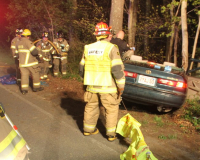 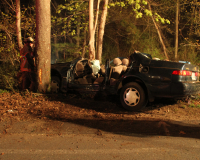 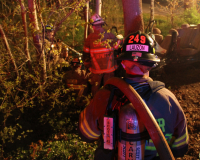 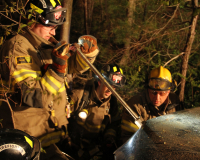 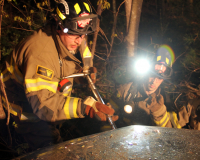 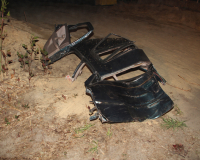