Company’s 1, 2 and 3 responded to a reported Structure Fire on West Street in our center Carver district.  On arrival, Command reported heavy fire to a shed, large area of brush and debris with a close exposure to a house.  Crews from Engine 1 and Rescue 1 attacked the Fire while Brush Breakers 26, 27 and a Mutual Aid Tanker from Plympton Fire supplied water.  Carver Engine 2 was diverted to a water supply fill site on Beaver Dam road to fill in bound Breakers.  Brush Breakers and a Mutual Aid Tanker were utilized for water supply, due to our Tanker 1 being out of service undergoing a refurbishment at M & R Auto Body in Whitman.  During the fire, company’s also responded to a Chimney Fire on Plymouth Street.  Car 2, Engine’s 3 and 4 and Breakers 28 and 29 responded, knocking down the fire before any extension was gained to the house. (Photos by Retired Chief, Bill Harriman) 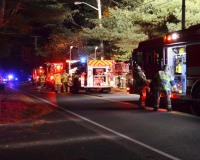 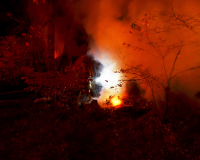 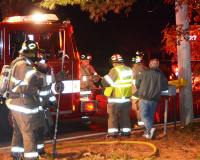 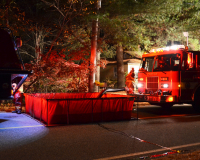 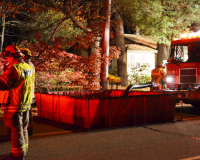 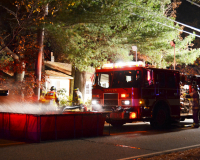 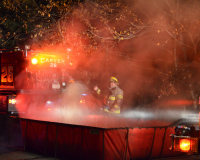 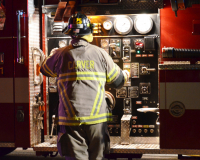 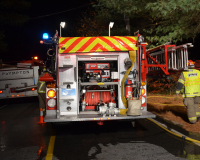 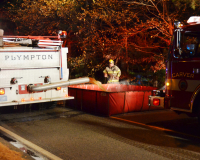 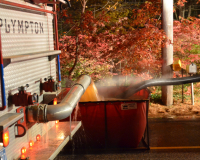 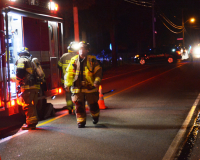 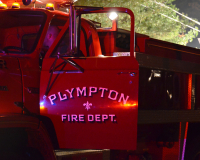 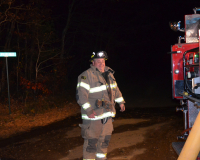 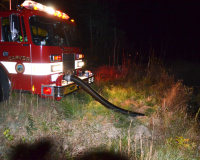 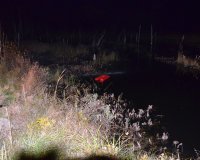 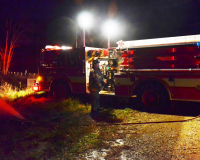 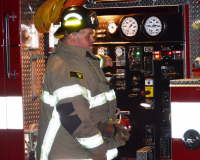 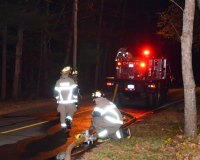 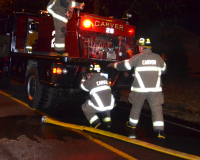 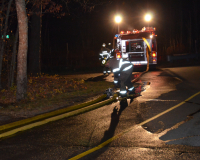 The outside fie was knocked down quickly.