Company’s 1, 2 and 3 responded to a reported early morning structure fire in the bog area off of Fuller Street in North Carver.  On arrival, the fire was actually a 15′ x 15′ bog pump house that was fully involved.  Per C1, all responding fire apparatus was ordered to stage with Engine 2 and Breaker 29 committed to the scene for extinguishment.  Due to the large amount of electrical power being supplied to the inside of the pump house, NSTAR was called to the scene.  Firefighters were not allowed to finish extinguishing the remaining fire until the power was cut to the building. Once power was cut, Firefighters completed overhaul and conducted their investigation. The fire was determined to be caused by a mechanical problem with the electrical lift pump inside. (Photo’s by Firefighter Steve Falconer) 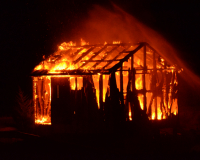 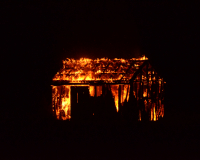 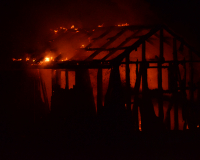 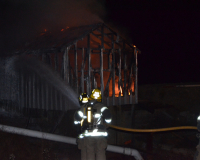 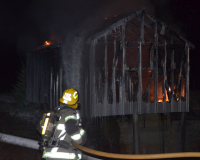 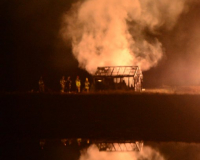 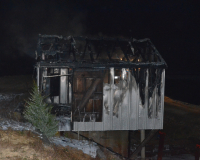 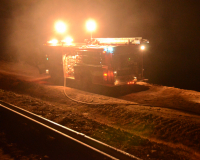 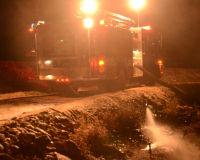 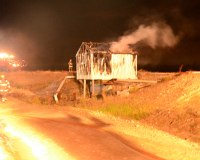 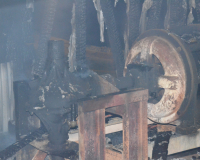 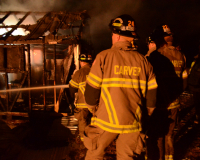 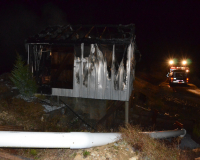