On Tuesday night, our Recruit Instructors and some loyal helpers put on an awesome Wildfire class for our new Firefighters.  Normally, the recruit training wildfire class is held as a classroom setting, but in recent years it has been a bigger hit to load up all our recruits on three Brush Breakers and travel the woods.  Breakers 27 and 28 participated in the exercise, as a rolling wildfire class took place in the rear of each breaker.  Our new Firefighters got a chance to not only listen to the instructors in the back of each Breaker describe proper driving techniques, fuel loads, nozzle patterns and operational procedures, but they got a chance to see and experience it firsthand. (Photo’s by Firefighter Bill Harriman) 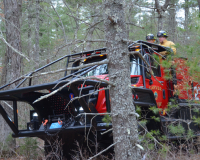 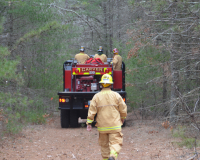 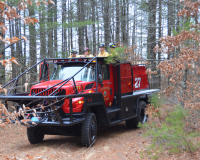 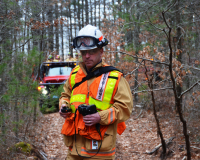 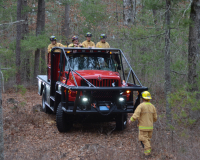 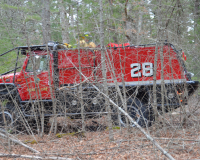 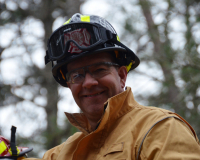 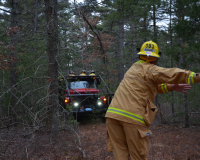 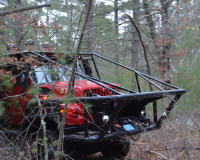 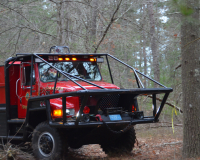 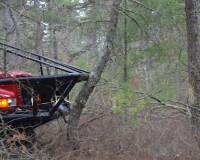 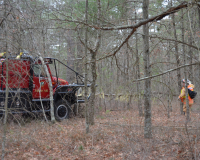 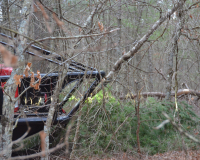 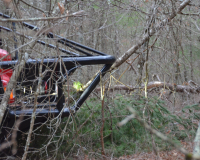 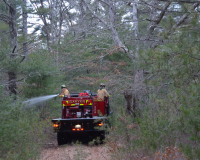 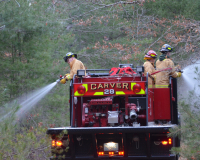 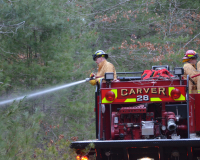 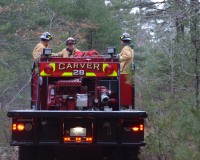 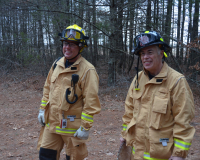