Our recruit instructors put on an awesome Wildfire class on Tuesday night for our new Firefighters.  Normally, the recruit training wildfire class is held as a classroom setting, but this year it was decided to load up all our recruits on three Brush Breakers and hit the woods.  Breakers 26, 27 and 29 participated in the exercise, as a rolling wildfire class took place in the rear of each breaker.  Our new Firefighters got a chance to not only listen to the instructors in the back of each Breaker describe proper driving techniques, fuel loads, nozzle patterns and operational procedures, but they got a chance to see and experience it first hand.  New Brush Breaker 27 lead the rally and preformed flawlessly, with Chief Weston taking responsibility for a few scratches (badges of honor) in her armor.  (Photo’s by Retired Chief, Bill Harriman) 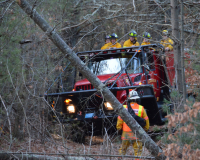 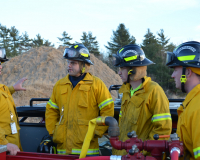 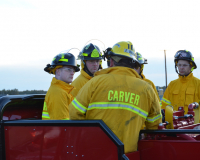 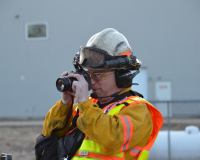 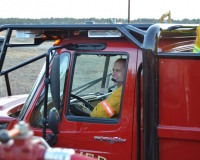 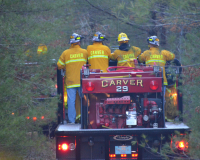 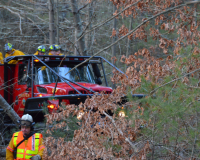 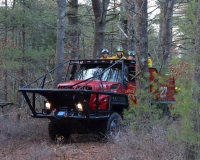 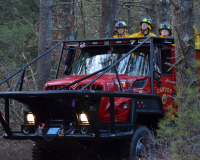 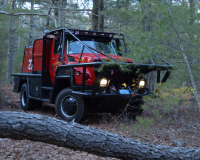 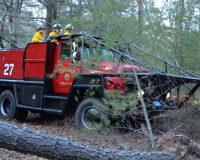 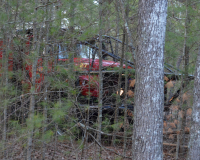 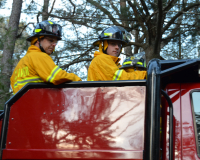 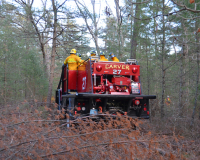 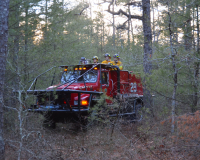 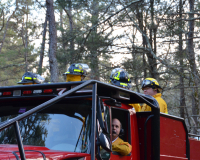 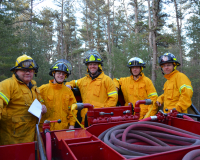 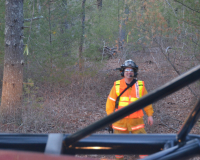 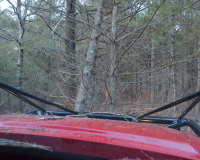 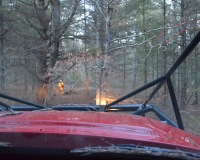 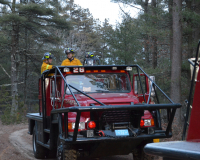