Over 30 Fire Officers / Firefighters worked with Carver EMS and Carver, Plympton and Sheriff’s Department law enforcement personnel in a unified command to search for a missing young man in the Hemlock Island Swamp, located in our Center and South District early last week.  At 4:39 pm, Dispatch received a call for a person that tried to take a short cut off of Mayflower Road into a bog area and was now lost in a heavy swampy area.  Through the 911 system, Dispatch was able to ping the persons cell phone and get a rough area of his location.  From there, we went to work with a lot of pieces of the puzzle finally coming together to find the person deep in the swamp.  We had a State Police helicopter that only had five minutes of fuel left and the lost parties cell phone that only had 3% battery left.

When we first knew someone was missing, Car 1, Car 2 and PD Officer Dennis Rizzuto worked in a coordinated effort with Public Safety Dispatch, using vehicle sirens to triangulate the location, while talking with the lost person by cell phone. These vehicles were positioned in different areas around the swamp, where we would relay through dispatch, which siren the lost man heard the loudest.  With this method, we were able to determine with rough accuracy, where in the swamp he might be.  From there, the State Police helicopter was called in to assist with the search.  Again, utilizing the persons cell phone, the helicopter would fly a search pattern over the area and when the helicopter was over head, the caller would tell the Command Post and we would have the helicopter stop.  After a few tries, we were able to get the helicopter directly over the lost person, even though the air crew could not see him.  The helicopter hovered over head of the person for over an hour.

We then requested and received latitude and longitude GPS coordinates from the helicopter, plugged them into computer programs in Command Cars 1 and 2 to accurately map were the person was and decided the best access point to send rescuers.   C3, Car 2, Car 3 and Breakers 27, and 28 with 20 Officers and Firefighters relocated to a somewhat accessible location off of Mayflower Road.  The Team developed a search plan and went in.  Firefighters traverse thorough extremely thick terrain, heavy briars, walking through water the whole time above their ankles and sometimes up to their thighs and being eaten by mosquitoes the entire time searching.  After about 30 minutes, a Team of Firefighters were able to get close enough to the State Police helicopters position and locate the missing person, who was covered in mosquito bites and just wanted to get out of there!  Just as difficult in finding the person was getting all of our Firefighters regrouped in the heavy cover and utilize the helicopter to point them in the right direction to work their way out.

In the end, the person was evaluated by Carver EMS and released to go home with all Firefighters going home safely.  Job well done by the numerous agencies involved! 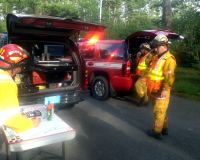 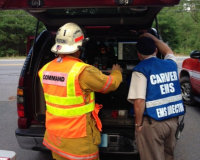 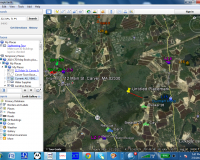 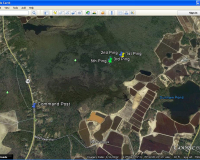 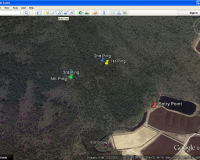 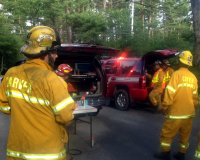 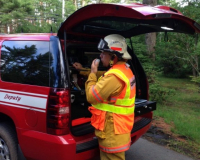 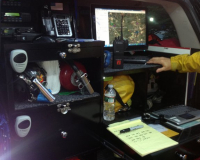 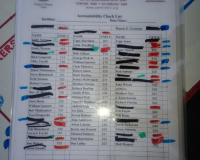 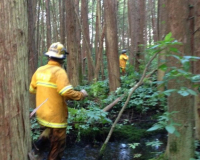 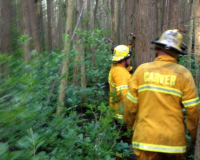 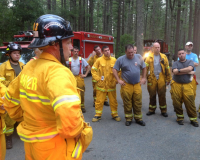 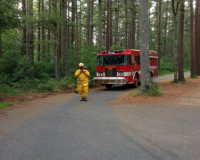 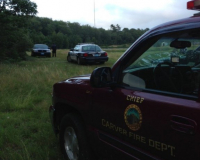 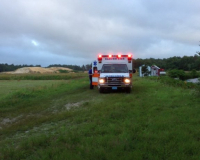