Firefighters responded to a reported Structure Fire on South Main Street our District 3.  While apparatus was in route, the homeowner reported that they had no fire problem at the residence.  First on scene, C3, reported a definite fire problem with an active Chimney Fire and fire possibly in the walls on “C” side of the structure.  Firefighters from Engine 3, Rescue 1, Engine 1, Tanker 1 and Breaker 28 worked the Incident, extinguishing fire on the exterior wall area while working an active Chimney Fire.  Crews from Engine 1 checked the interior of the home for extension, reporting all clear.  Engine 2 reported to Water Supply #3-22 on Tremont Street for preparations of an active Tanker shuttle, while Engine 4 and crew covered Station 1.  Crews extinguished the fire will minimal damage to the residence.  (Photo’s by Retired Firefighter 111, Gary Weston) 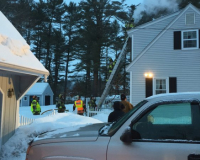 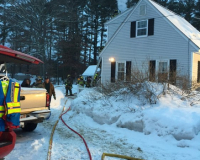 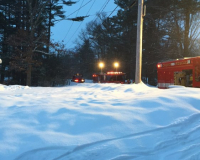 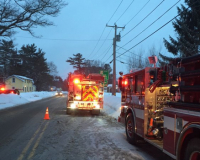 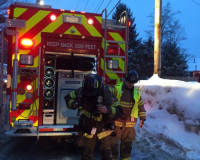 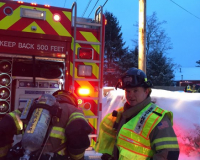 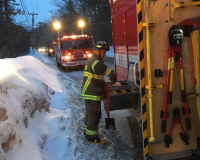 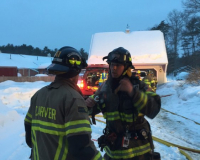 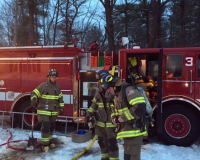 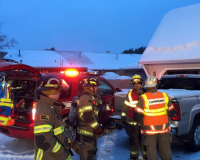