Fire Companies 1, 2 and 3 responded to a reported Structure Fire off Meadow Street in our Company 3 district.  Interior fire crews reported a heavy smoke condition on all three levels of the home.  Firefighters found the fire in the basement, in the gas/air furnace with fire traveling in the ceiling ductwork.  Crews quickly extinguished the visible fire and then went to work checking the heating ductwork for hidden fires.  Fire Crews from Engines 1 searched the second floor and attic area for any fire extensions.  Rescue 1’s crews established R.I.T., while Engine 2’s crew established a water supply nearby.  Tankers 1 and 2 were on scene and prepared to shuttle water if needed. The fire was contained to the basement furnace and ceiling ductwork.  Thanks to a quick report of the fire by a person home at the time and a very quick fire response, the home was saved and can be made livable very soon.  (Photo’s by Firefighter, Steve Falconer) 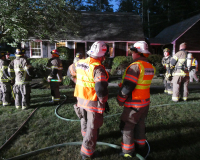 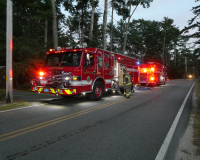 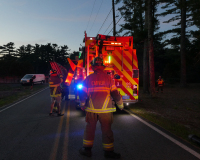 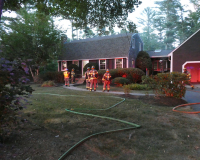 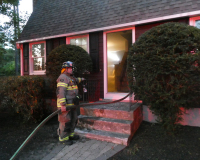 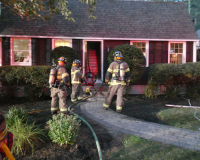 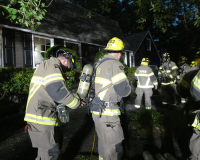 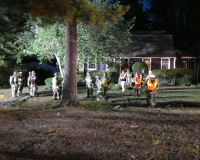 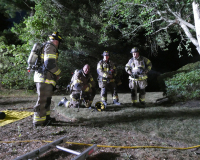