Carver Fire received a call for a fire alarm at Mamma Mia’s Restaurant at 10:19 am.  Company’s 1 and 2 were initially toned out with Engine 1 and 2, but as Company’s were responding, the incident was upgraded to a structure fire with Stations 1, 2 and 3 re-toned.  First on scene, Chief Weston (C1) assumed Command and reported smoke showing, declaring a working fire.  Heavy fire was found in the kitchen area.  Multiple attempts to put out the fire with extinguishers were made prior to the arrival of the first due Engine Company.  On arrival, Engine 1 was positioned to the rear of the structure (Side C) where Firefighters made a quick attack, advancing hose lines into the kitchen area.  Crews from Engine 2 made entry from the front of the building (Side A), pulling ceilings and checking for extension.  Crews utilizing Tanker 1 and Engine 3 established a water supply, laying 1000′ of 4″ supply line to a nearby pond.  Crews from Rescue 1, Breaker 28 and 29 ventilated smoke from two other attached units and checked for further extension.  Plymouth Engine 2 was brought into the scene to check for extension on the roof area and helped ventilate the basements, while Plympton Engine 2 covered our Central Station.  Overall, 30 Firefighters plus 7 new Recruits worked the fire, containing it to the kitchen area of origin.  Although heavy smoke damage was throughout the three businesses, the building was saved and will hopefully reopen in a few weeks.  A quick response and a aggressive interior attack were the keys to saving the structure.  All occupants made it out of the building and no Firefighters were injured. (Photo’s by d) 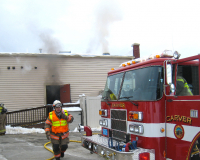 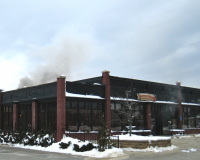 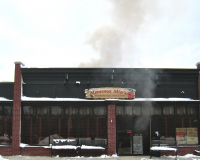 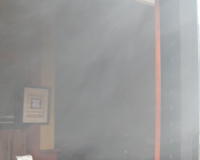 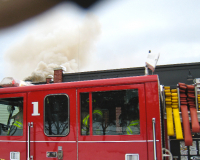 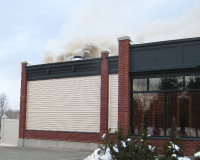 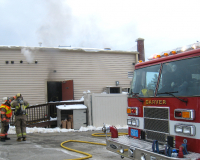