While Firefighters were still drying out their structural gear from the Murdock Street Fire, another Structure Fire call came in for a house on Cranberry Circle.  On arrival, firefighters found fire in the wall area above the family room fireplace.  Crews quickly removed the sheet rock, getting to the seat of the fire and doused the flames before they could spread to the rest of the house.  Due to the very narrow snow covered roadways, fire apparatus had to be carefully positioned and staged up as to not clog up the scene. Once the fire was extinguished the homeowners were able to safely return to the house.  (Pictures by Fire Chief Craig Weston) 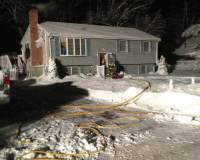 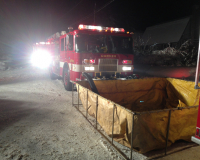 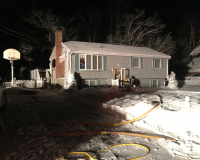 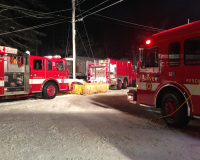 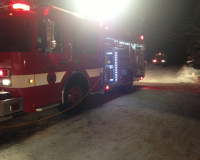 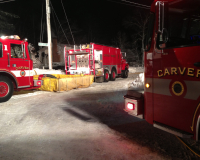 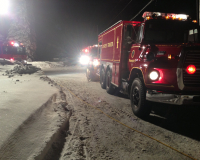 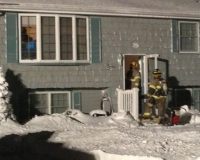