47 Carver Firefighters responded to a garage fire in South Carver on Sunday. Companies 1 and 3 had just been dispatched to another call in Company 1’s district when dispatch received a single 9-1-1 call for a possible garage fire. E1 continued to the original call while all other assets redirected to the garage fire. Tanker 2 was first on scene, arriving in under 3 minutes and reporting smoke showing. E3 arrived moments later and made an aggressive interior fire attack along with Tanker 2’s crew.

Tanker 1 was next on scene, assisting E3 with establishing a water supply. Rescue 1 arrived next, and went to work on forcing entry to the overhead door. Engines 2 and 1 reported to the scene to provide a RIT team and conduct overhaul. E4 established a water supply operation at Sampson’s Pond. Brush Breakers 27, 28, and 29 all responded to provide water and manpower.

The initial call that crews were responding to was a small fire in an appliance, which C2 mitigated to permit E1 to divert to the garage fire. During the fire, a third call was received for an inside investigation. this call was handled by Wareham E1 and Carver 26.

The garage sustained extensive heat and smoke damage, however, the adjoining home was not impacted. Credit to a prepared and aggressive crew for quickly knocking down this smoky fire, preventing any further damage to the garage and home. (Photo’s by Retired Firefighter, Steve Blanchard) 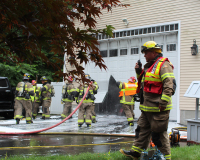 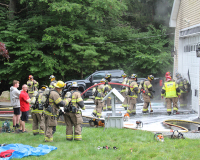 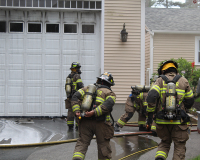 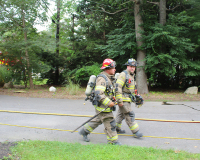 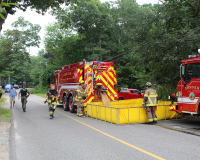 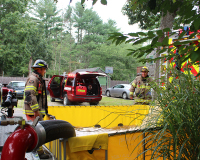 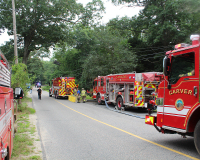 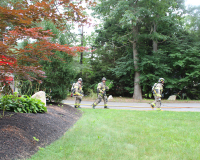 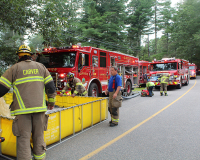 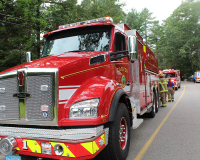 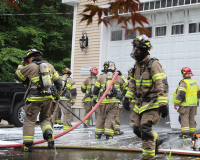 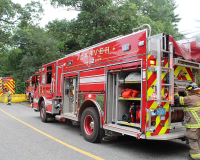 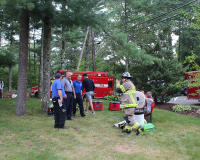 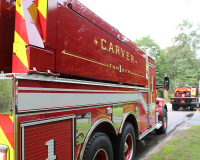 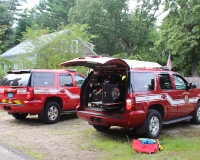 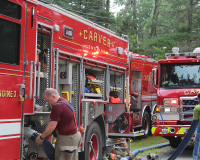 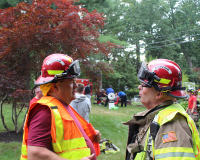 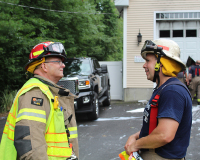 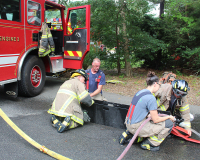 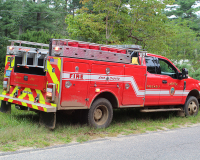