At 9:31 pm, Fire Stations 1, 2 and 3 were dispatched to a reported structure fire on Fuller Street in the North Carver district.  The first Fire Officer on scene, Lieutenant Bill Froehlich, reported a fully involved 2 ½ story, 40’ by 40’ wood frame structure extending to a wooded area.  First Engine Companies were on scene within 4 minutes performing an exterior fire operation.  While Firefighters worked to extinguish the heavy fire inside the building, two Carver Brush Breakers crews worked the multiple brush fires located at the rear of the property.  Carver Tanker 1 and Engine 4 supplied water to the scene via 1,200’ of 4” supply line pumped from a neighboring cranberry farm irrigation pond located almost a ¼ mile away.  The fire incident utilized over 50 Carver Firefighters staffing 4 Engines, 1 Heavy Rescue, 1 Tanker and 2 Brush Trucks.  Carver Police and EMS were also dispatched to the scene for traffic control, assist with the investigation and provide medical support for Firefighters.  The fire was brought under control within thirty minutes, with fire crews remaining on scene for three hours extinguishing hot spots and assisting with overhaul and scene investigation.  No injuries to any Firefighters were reported and the cause of the fire remains under an active investigation. (Photo’s by Retired Chief Bill Harriman) 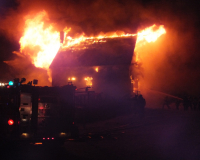 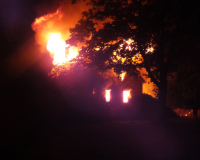 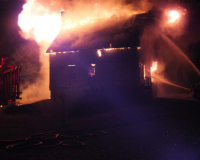 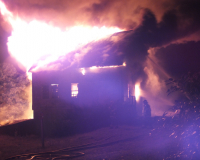 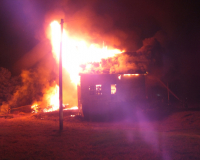 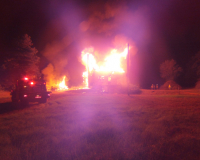 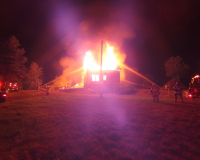 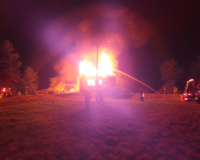 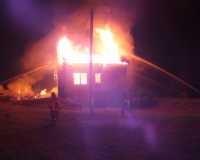 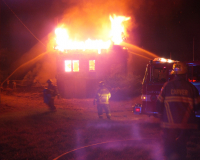 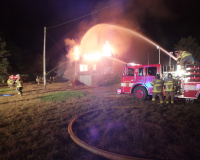 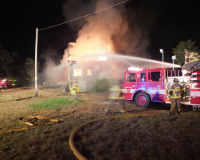 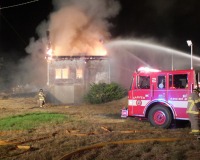 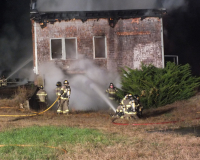 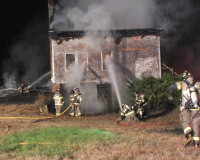 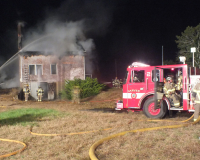 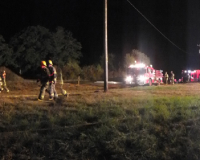 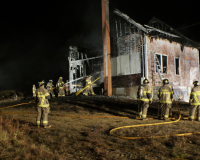 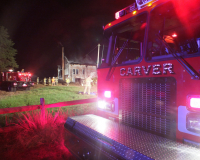 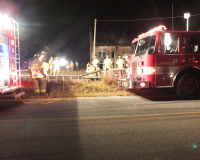