On Sunday, July 19, 2020 at 8:26pm, Carver Fire Company’s 1, 2 and 3 were dispatched to a reported house fire on Great Meadow Drive with an occupant who called 911, trapped on the second floor.  Five CFD Firefighters that live in the immediate area responded directly to the incident, discovering a woman screaming from the second floor with heavy fire on the floor below.  A neighbor had already set up a ground ladder to attempt a rescue, but was unsuccessful.  Firefighters made two attempts to climb the ladder and remove the occupant.  On the second attempt, Firefighters were able to forcibly remove the trapped woman, head first down the ground ladder.  First arriving Engine Company’s went immediately to work with fire suppression on the first floor, while the rescue was being completed.  Fire crews conducted primary and secondary searches of the structure, rescuing a cat found on the second floor.  The cat was given water and oxygen via a PET oxygen mask carried in our command vehicles.  A dog was also rescued in the beginning stages of the fire.  Firefighters were assisted by Carver Police Officers in the beginning stages of the rescue with assistance of stabilizing the ground ladder and using a fire extinguisher and a garden hose to try and hold the fire back, allowing Firefighters to make the rescue.  The occupant and one of the rescuers were treated by Carver EMS and both transported to Beth Israel Deaconess Hospital in Plymouth, both are doing well.  First Firefighters were on scene within 2-1/2 minutes, Chief Officers were on scene within 4 minutes and the first full Engine Company was on scene within 5 minutes.  Overall, 54 CFD Firefighters, along with a crew and Tanker from Plympton and a Station Coverage Engine from Plymouth assisted.   The fire is under investigation with the assistance of the State Fire Marshal’s Office.  As the Fire Chief, I am extremely proud of Carver’s Public Safety Departments.  This is another example of how combining progressive training, modern apparatus, and strong leadership with dedicated responders and dispatchers, Carver Public Safety Departments are always ready to answer the call.  (Photo’s by Retired Firefighter, Rick Leopardi!) 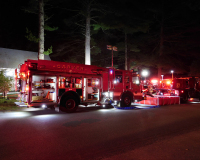 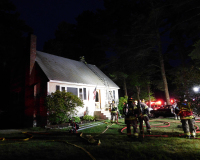 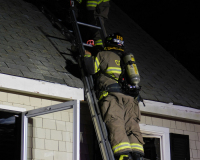 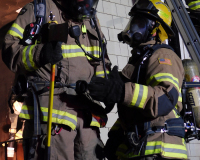 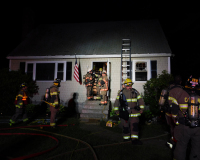 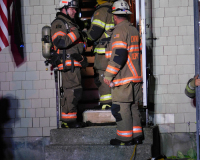 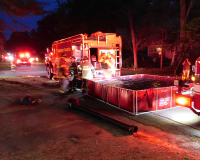 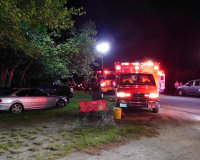 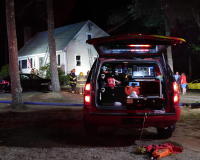 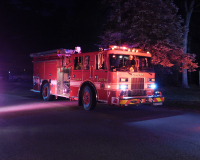 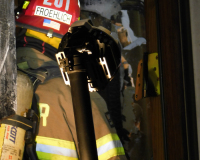 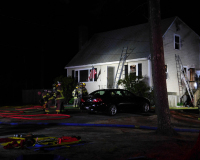 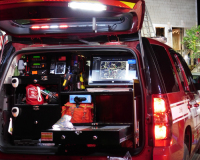 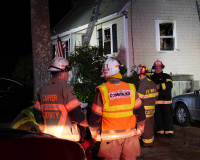 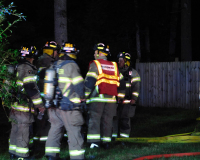 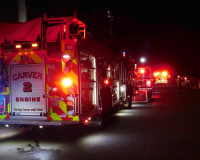 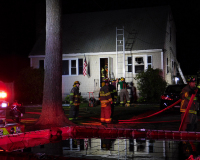 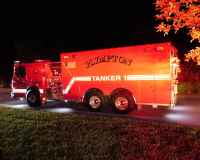 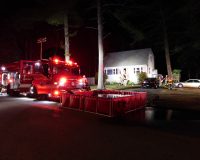 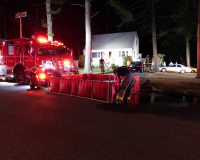