Fire Company’s 1, 2 and 3 were toned out at 1:00am for an early morning Structure Fire on Holmes Street in our District 1. On arrival, crews reported a working fire in a 1-1/2 story, 40’ X 50’ residential structure that was 50% involved. Crews from Engine 3 made an aggressive initial attack with 1-3/4” and 2” attack lines, knocking down the heaviest fire from the exterior. Crews from Engine 1, Engine 2 and Engine 4 worked additional hose-lines on all four sides of the structure. Once the heavy fire was knocked down, crews moved into an interior operation, conducting primary and secondary searches, chasing hot spots, and overhauling. The building was determined to be vacant and under renovation. Crews from Engine 1, Tanker 1 and Breaker 29 supplied water into the incident from a cranberry bog adjacent to the fire building, while Plymouth Engine 2 covered our Headquarters Station. The primary structure was a total loss, but a garage that was 3 feet away escaped with no damage. One Fire Captain was injured and transported to Plymouth BI Hospital. The State Fire Marshall’s Office was called in to assist in the investigation as to determine a cause. (Photo’s By Firefighter Steve Falconer) 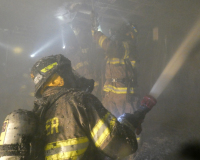 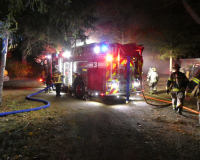 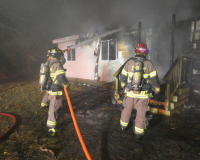 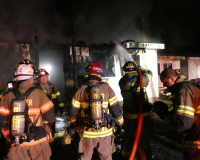 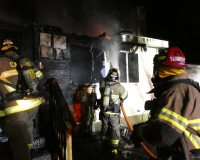 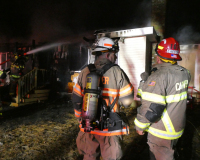 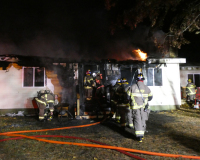 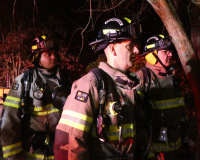 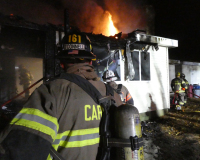 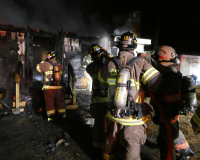 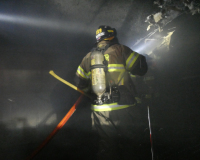 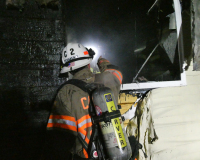 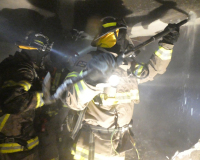 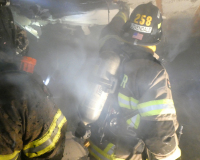 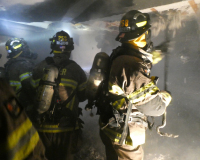 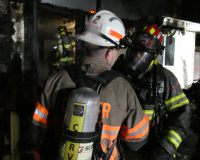 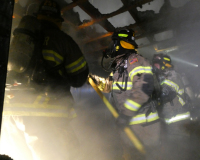 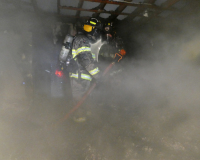 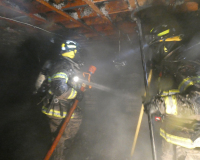 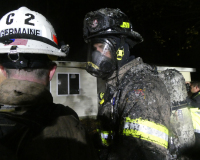 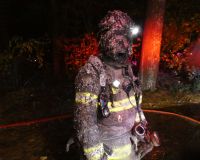 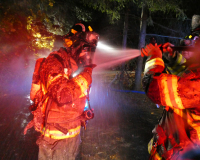 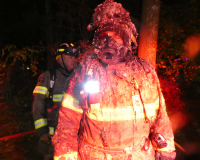 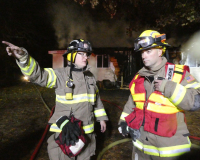 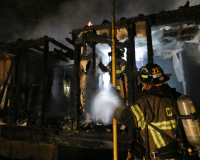 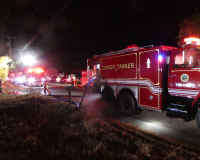 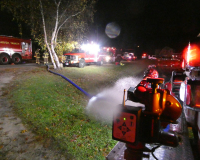 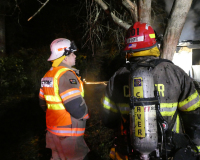 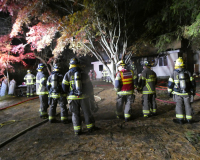 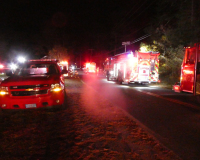