Fire Companies 1, 2 and 3 responded to a reported structure fire on Holmes Street, located in our Center Caver District.  Recognizing the address as a multi-rental unit, evacuation of residents was Firefighters top priority.  Carver C1 was first on scene, establishing Command, confirming a working structure fire in a 2-1/2 story wood frame, with fire in the rear apartment extending to the roof.  Firefighters off of first due Engine 1, quickly stretched a line to the rear of the building, knocking down the outside fire and making entry to the inside, pulling ceilings and extinguishing fire in the walls and ceiling.  Time was of the essence, as the home was of a balloon type construction allowing the fire to extend the upper floors rapidly.  Ultimately, the fire was stopped just shy of the second floor with all occupants making out of the building with no injuries.  Due to the possible extent of the fire, a mutual aid Engine Company from Plymouth Fire was brought into the scene, while a Plympton Engine Company covered our central station.  Overall, Carver Engines 1, 2, 3 and 4, Rescue 1 and Rescue 2 (for rehab), Brush Breaker 26, 27 and 29 along with Plympton Tanker 1 responded on the initial tones.  Over 30 Firefighters worked the Incident and in the end all but one family was allowed back into the residences.  A aggressive stop by the first arriving Engine Company saved the day! (Photo’s by Retired Fire Chief, Bill Harriman) 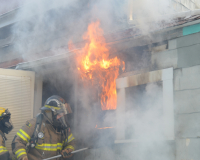 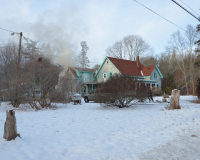 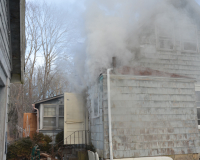 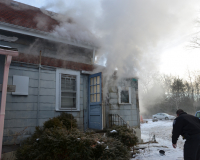 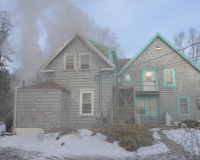 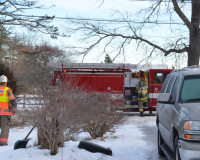 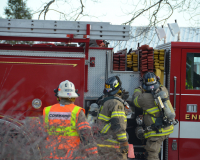 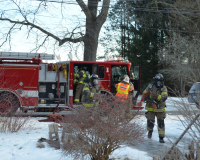 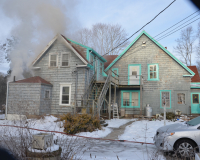 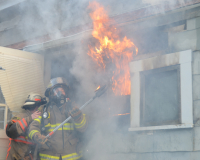 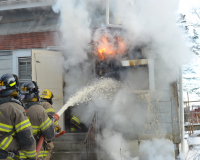 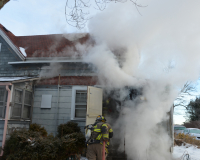 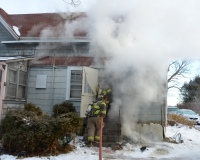 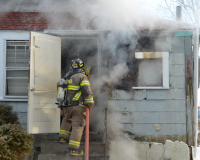