Fire Company’s 1, 2 and 3 were dispatched to a reported Barn Fire in the area of South Main Street.  First on scene, Captain Eric Weston reported heavy smoke pushing from the structure and requested a working fire assignment. Crews from Engine 3 made an aggressive attack on the interior of the 200 year old barn extinguishing fire on the first floor.  Due to the balloon type construction of the structure the fire quickly extended to the large open second floor, throughout the barns roof and copula.  Crews aggressively move to the second floor extinguishing heavy fire, while Firefighters from Rescue 1, and Engine 4 worked on the roof and exterior of the barn.  Due to the remote area of the structure, Engine 1 along with Tankers from Plympton, Wareham and three Carver Brush Breakers using a portable pool had to pump water in the fire scene.  Crews with Engine 2 laid 1,000 feet of 4” supply line to a water drafting site on Sampson pond, that was utilized to refill the inbound Tankers and Breakers.  Plymouth Engine 2 covered our central station, prepared to respond to addition Incidents.  Not often do you make a save on a 200 year old, balloon frame barn structure, but due to aggressive tactics the barn was saved and can be repaired.  Great job by all that responded. (Photo’s by Retired Chief, Bill Harriman) 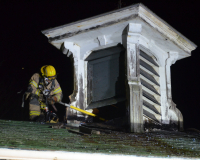 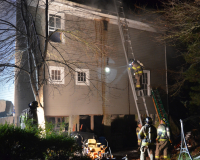 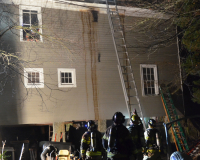 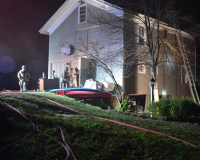 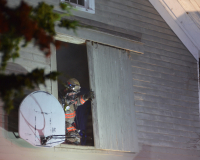 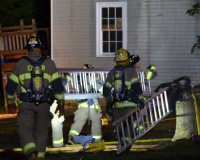 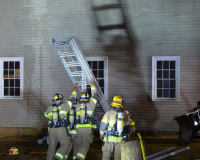 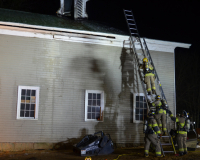 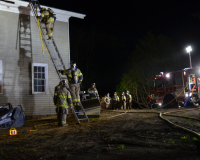 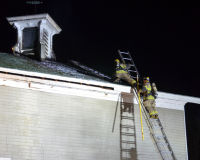 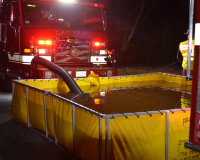 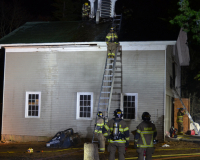 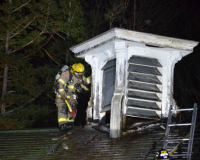 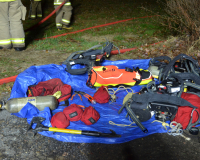 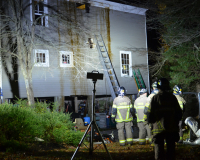 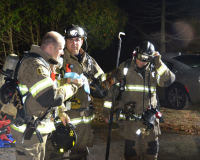 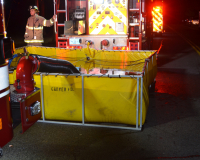