Fire Company’s 1, 2 and 3 responded to a house fire on South Main Street in South Carver at 12:17am.  Deputy Germaine was first on scene reporting a heavy smoke condition pushing from the 1 1/2 story home.  Firefighters on Engine 3 arrived on scene in just over 4 ½ minutes, extending a hose line into the building.  Deputy Germaine was able to move one of the homeowners, who was in distress, to a safe spot in the yard while crews went to work.  One homeowner was treated and transported by Carver EMS, while one remained on scene until family arrived.  The fire was knocked down quickly, however there was extensive damage to the interior of the home.  Over 40 Firefighters worked the incident with no injuries to any Firefighters reported.  Carver PD shut down a portion of South Main Street allowing Firefighters to work safety.  The fire has been ruled accidental, but is still under investigation.  During initial searches, interior fire crews did recover an unconscious cat from the structure.  Exterior crews worked on the cat for over 30 minutes, performing CPR and giving oxygen.  There was a happy ending, as the cat did start breathing on her own and was transported to a Cape Cod Animal Hospital.  As of today, we learned the cat is doing well. 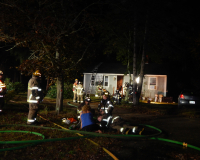 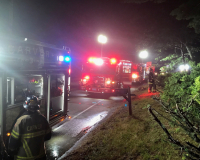 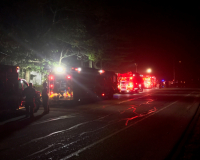 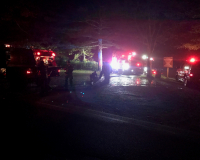 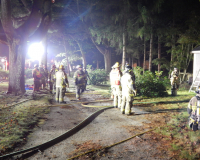 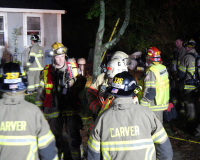 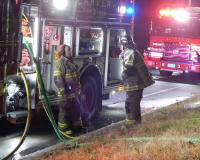 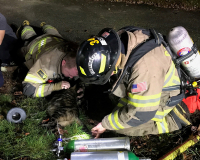 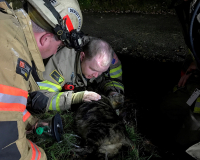 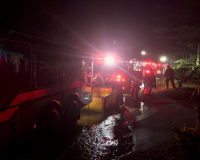 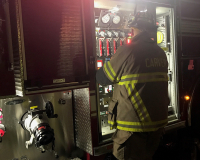 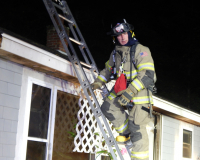 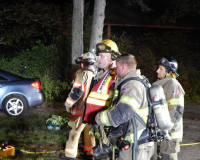 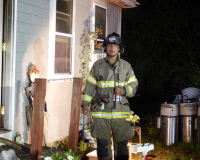 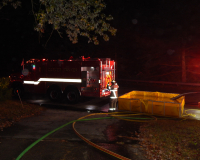 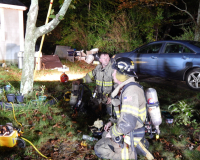 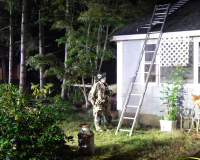 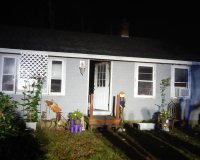 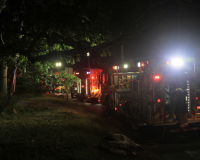