Carver Fire Stations 1, 2, and 3 responded to a reported structure fire in our North Carver District.  Multiple 911 calls reported the house as fully involved.  A neighbor adjacent to the home on fire quickly ran over to the house and alerted the homeowners still inside that their house was on fire.  Due to their quick actions, the family and a dog were able to quickly evacuate the home.  First arriving Engine Companies went to work extinguishing heavy fire on the exterior of the front of the home, with extension to the interior.  Additional Engine and Rescue Companies immediately checked for fire extension on the second floor and basement.  A water supply was established at a nearby cranberry pond by Carver Engine 3’s crew.  Fire crews were assisted by Carver EMS, establishing an on scene rehab sector for firefighters.  Carver Police assisted with traffic at the fire scene and at the water supply site.  Although the home is damaged by smoke and fire, it is repairable and there were no injuries to the occupants or any firefighters.  The cause of the fire is under investigation by Carver Fire Department.  In addition to numerous Carver Fire personnel on scene, an Engine Company from Plymouth Fire covered our Headquarters Fire Station and a Tanker from Plympton Fire assisted at the scene.  We are extremely thankfully to actions of alert neighbors that quickly called 911 and informed the homeowners of the fire. (Photo’s by Assistant Deputy Jesse Boyle, Tyler Reardon and Tyler Sampson) 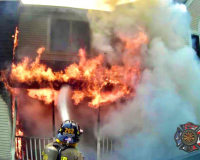 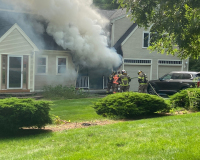 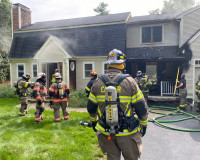 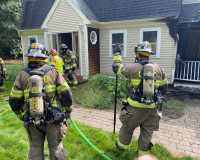 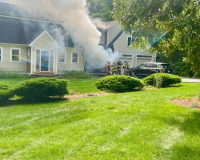 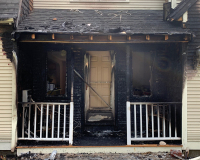 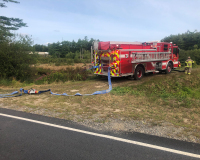