Fire Company’s 1, 2 and 3 responded to a reported House Fire off of Wenham Road in our center district.  First Firefighters on scene reported a “Working Fire”, with heavy smoke pushing from the eves and rear of the structure.  Fire crews from Engine 1 and Engine 2 made an aggressive fire attack from both exterior and then interior positions.  The heaviest amount of fire was in the rear of the house that had extended into two connected attic spaces.  Crews from Rescue 1 and Engine 4 ventilated two roofs and rechecked the first and second floors for fire extension and missing cats.  Two cats were rescued from the home and returned to the homeowner.  Carver Engine 3’s crew and C3 established a water supply (W1-5), located about 1-1/2 miles from the fire incident.  About 3,000 gallons of water was shuttled to the scene by Tanker 1 and Brush Breaker 27.  Carver EMS responded on the working fire announcement and established a REHAB sector for firefighters involved on the fire attack.  Although the home is unlivable, all occupants did get out safely, there were no injuries to any firefighters and two cats were rescued.  Crews remained on scene for about 3 hours chasing hot spots in the numerous void spaces of the home, while an Engine Company from Plymouth Fire covered Carver Fire Headquarters.  (Photo’s by Resident, Tyler Sampson) 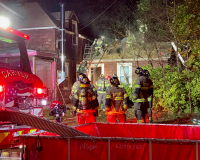 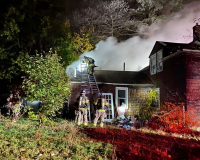 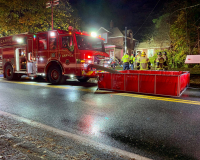 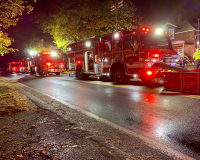 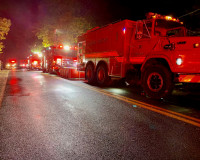 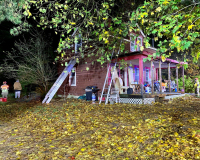 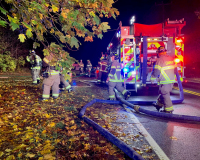 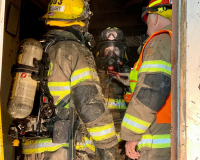 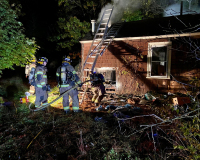 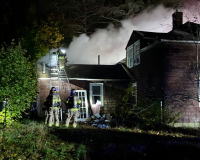 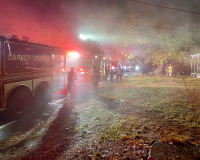 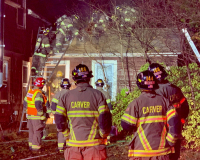 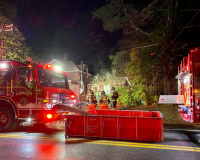 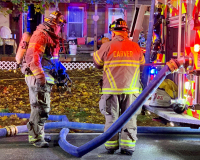 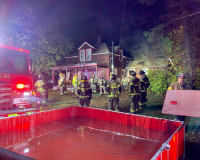