Fire Company’s 1, 2 and 3 were dispatched to a reported house filled with smoke, in our Center Carver District.  First in Chief Officers found the first floor of the home completely filled with smoke with high heat coming from a basement door.  Entry was made to the basement to confirm an active basement fire.  First in Engine Company 1 made an aggressive interior attack through a rear walkout basement door finding the seat of the fire.  The fire had had consumed multiple contents and had extended to the basement ceiling.  Crews from Engine Company 2 searched the first floor for fire extension and conducting primary and secondary searches.  A cat and two small animals were found and removed from the home, all doing well.  Engine Company 3 established a R.I.T. sector and assisted with Manpower.  Crews from Rescue 1 and multiple Breakers assisted with water supply, ventilation and extra manpower resources.  Carver Engine 4 established an FD Water Supply at Carver Fire Headquarters as the incident was in close proximity.  Tanker 1 shuttled water to the scene, while Brush Breakers 28 and 29 were staged near the water supply to provide additional water, if needed.  Carver EMS established a Firefighter Rehab sector, utilizing their ambulance and our Rescue 2.  Carver Police shut down the roadway allowing firefighters to operate at the scene safely.  The fire was reported by one of the home owners, as they had just arrived home to find the house filling with smoke.  Thankful they found it when they did, or the fire would have gone undetected and progressed much worse.  (Photo’s by Retired Firefighter, Steve Blanchard) 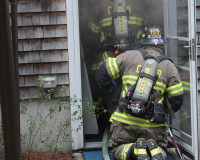 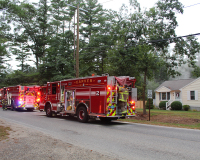 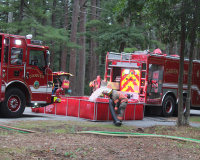 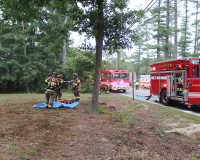 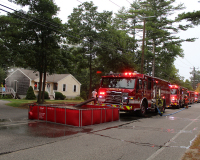 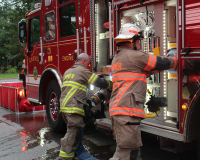 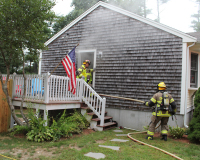 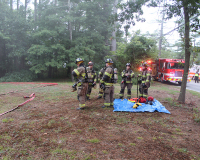 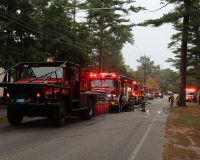 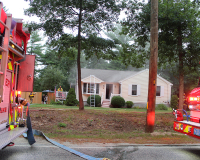 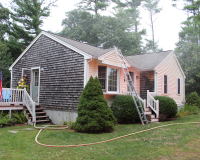 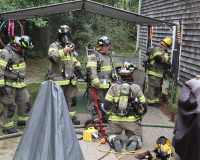 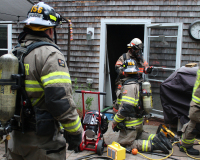 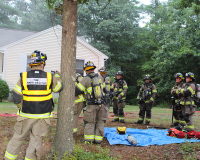 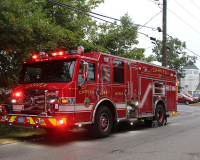 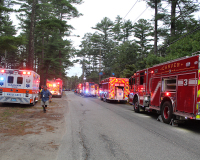 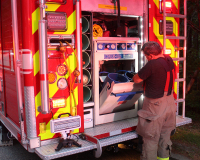 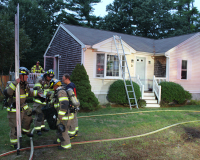 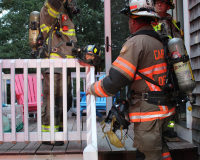 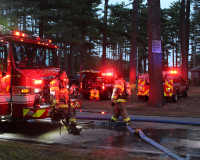 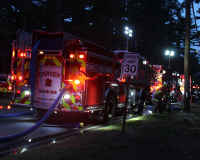