Fire Companies 1 and 2 were initially dispatched to a reported outside fire in the area of High and Snappit Street in North Carver.  On arrival, Fire Officer 201 reported a large outdoor fire involving a box trailer, tires, and construction equipment.  Due to the size and type of fire, the response was upgraded to a three-company response requesting additional Engine and Tanker companies.  Carver Engines 1 and 2 were assigned fire attack, with firefighters stretching numerous hand lines to extinguish the fire and protect exposures.  Carver Engines 3 and 4, along with Tankers 1 and 2 established a water supply near the incident, drafting water from a cranberry bog associated with the property.  Rescue 1 was brought to the scene to refill SCBA air bottles as firefighters were utilizing their SCBA paks due to the heavy smoke condition.  The fire was brought under control within an hour, but crews remained on scene for almost 3 hours extinguishing hot spots and overhauling the fire area. (Photo’s by Firefighter, Steve Falconer) 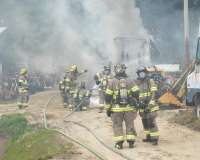 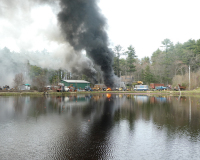 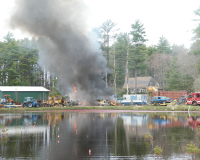 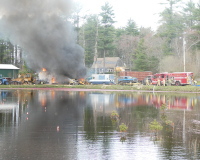 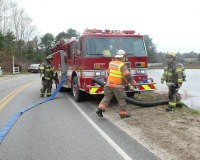 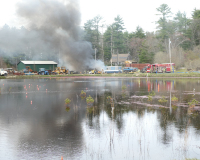 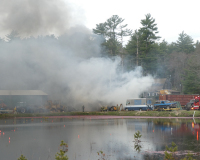 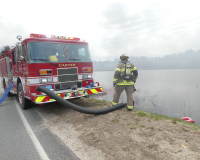 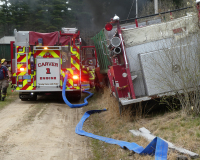 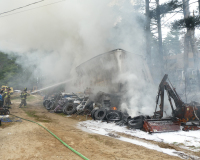 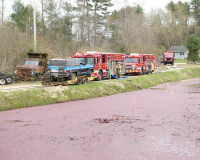 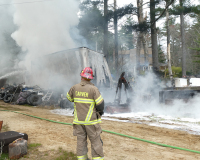 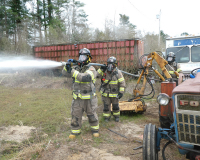 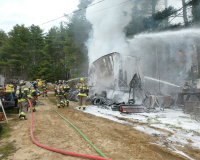 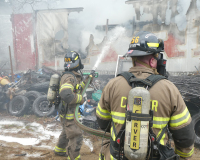 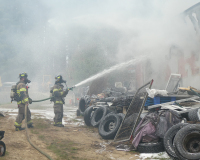 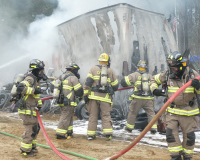 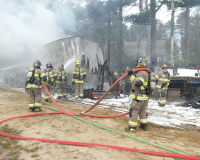 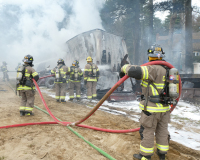 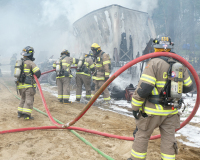 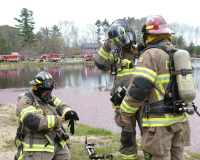 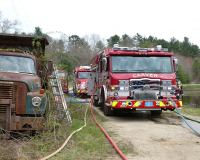 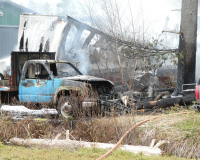 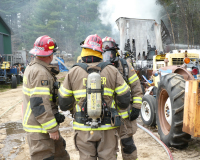 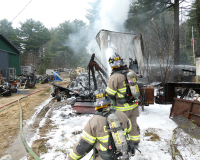 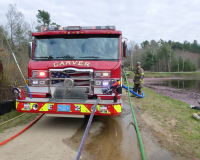 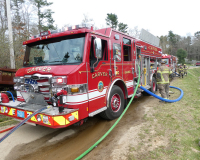 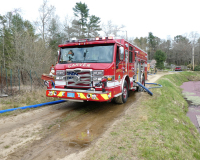