Fire Company’s 1 and 2 were dispatched to are reported Truck Fire on Route 44 westbound.  Crews on scene reported a large 10 wheel dump truck that was involved in a MVA by going through a guardrail and narrowly missing a large man made pond.  Lucky, the driver had no injuries.  Car 1, Engine 1, 2 and Breaker 29 responded the scene, while Rescue 1 staged at Route 58 and 44 awaiting reports of any entrapment’s.  (Photo’s by Firefighter Steve Falconer) 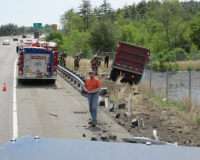 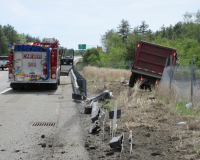 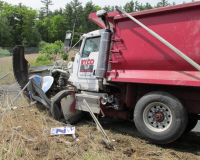 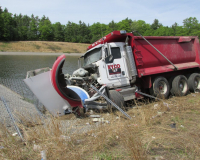 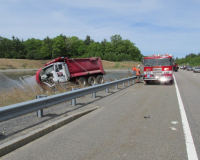 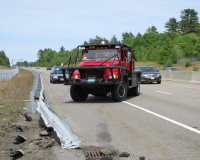