Fire Company’s 1 and 3, utilizing Rescue 1, Engines 1 and 3 and Brush Breaker 28, were dispatched to a reported person trapped under a vehicle in the Cranberry Village area of South Carver.  First on scene, Lieutenant Mark Moran, reported one person trapped between a large farm tractor that had slipped off a trailer into a large pine tree. Officers and Firefighters went to work utilizing Rescue Jack Struts, Jaws of Life ram tools and a lot of cribbing.  Under the direction of Deputy Germaine, the tractor was carefully moved away from the large tree just far enough to let the patient slide out from between the tree and tractor.  Once removed, Carver Engine 1 and Breaker 28, under the Command of Safety Officer 401, established a Med-Flight Landing Zone (LZ #13) at the Ocean Spray facility in South Carver.  Carver EMS treated the patient who was transported to an awaiting Med Flight Helicopter. (Photo’s by Fire Chief Craig Weston) 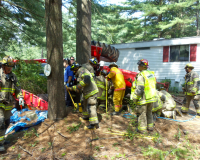 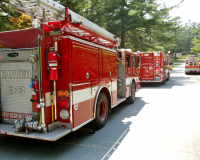 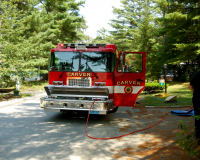 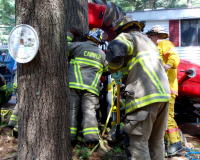 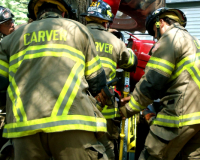 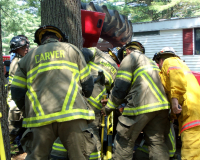 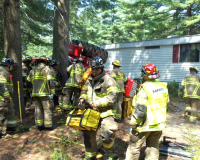 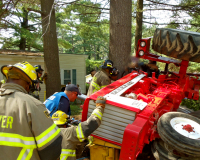 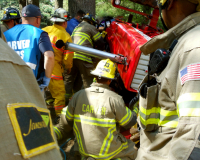 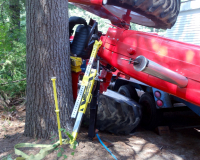 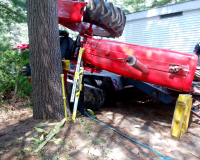 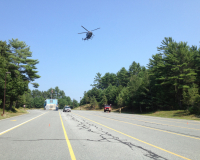 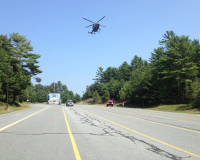 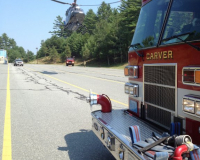 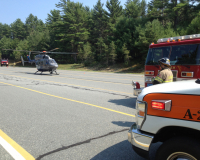